The Burdekin Dry Tropics Natural Resource Management (NRM) Plan was officially launched on 26th August. It is the only one of its kind in the region and forms the blueprint for how the community can work together to protect and sustainably manage our natural resources for the next 10 years. Read the Burdekin Dry Tropics NRM Plan here. 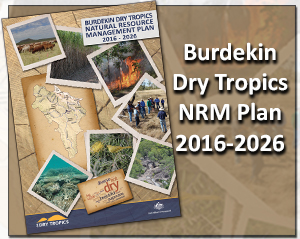