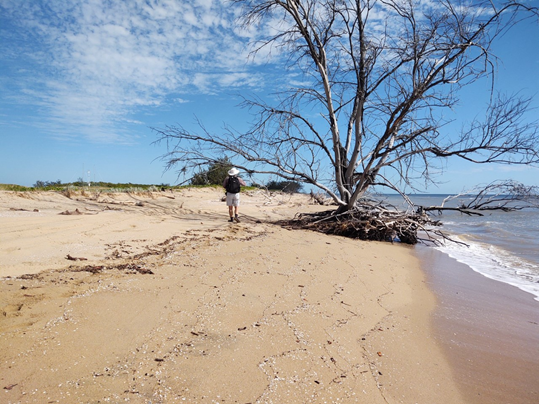 The sand spit off the coast south-east of Townsville that we call Cape Bowling Green has the important job of sheltering the Ramsar-listed (internationally important) wetlands of Bowling Green Bay National Park and the communities of Cungulla and Jerona from the forces of the open ocean.

Frighteningly, that long, thin sandy cape is currently under threat of being washed away entirely - and the Burdekin Falls Dam could be partly to blame.

Confusing concept? Using the research of Dr Eric Wolanski and imagery from John Connell and Chris Hopper, this article will help you wrap your head around this important local issue.

Clearing law rejection a disaster for wildlife and the environment

This is a disaster of Queensland’s making. It’s a huge win for big agriculture and a terrible blow for our Reef, climate change and hundreds of Queensland’s vulnerable or endangered species.

The health of our Reef is directly linked to increased erosion that comes from the tree clearing. Queensland has now passed up the chance to take real steps to protect our Reef for Australians and visitors around the world who support a major tourism industry.