The Burdekin Basin supports a range of landscapes and communities, and activities such as agriculture, fishing and recreation.

Numerous dam proposals along the Burdekin could threaten the long-term health of the river, as well as the Ramsar wetlands of Bowling Green Bay and the Great Barrier Reef World Heritage Area.

Urannah Dam, Hells Gates Dam, Big Rocks Weir and the expansion of the Burdekin Falls Dam could together contribute to:

We have listed some useful resources on this page.

We aim to raise awareness of the risks associated with multiple, large-scale dam proposals and work with policy-makers, stakeholders and North Queensland communities to ensure the best outcomes for people, industry and the environment. We are working to prevent the Burdekin River from becoming the next Murray-Darling and advocating for an integrated management approach. 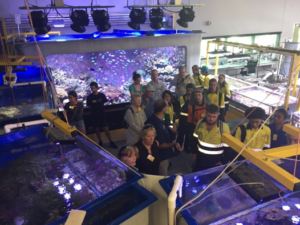