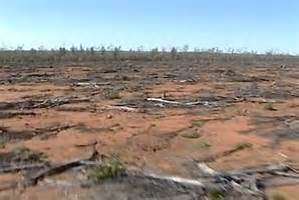 ‘The first is that an elected politician seems to have intentionally misled his constituents and stakeholders. As people become increasingly disillusioned by the behaviour of some elected representatives, such abuse of trust simply embeds cynicism in the electorate.

‘The second issue is, of course, the impact of tree-clearing on climate change and the quality of water running into the very seriously compromised Great Barrier Reef.

‘Until such time as politicians of all persuasions realise that addressing climate change involves changing the way we do things – including decreasing tree-clearing, and shifting from coal to renewables – their posturing on caring for the Reef, the environment and future generations is simply ‘hot air’.

‘NQCC commends the ALP attempts to finally move on this vital issue, calling on them to ensure that the necessary changes to tree-clearing laws are made as soon as possible.

‘It also calls on the farming community to accept that tree-clearing will only exacerbate climate change, to the detriment of the agriculture and grazing sectors.’