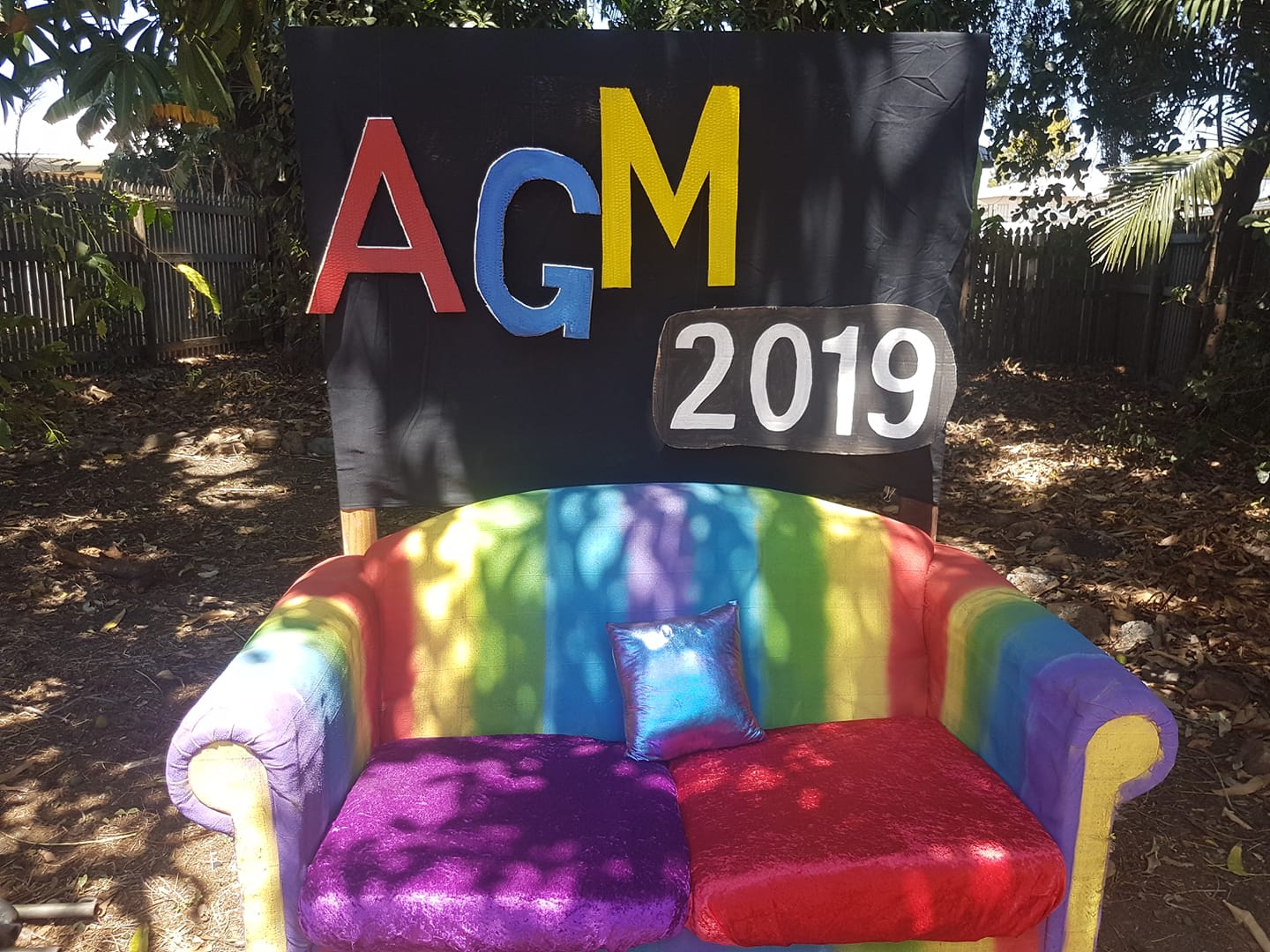 NQCC's 2019 Annual General Meeting was held on the evening of Wednesday 18th September, in the leafy backyard of our office. We kicked the night off with some tasty nibbles and homemade vegetarian nachos (special thanks to interns Mapendo and Parimal for their culinary contributions) before settling in for the presentations.

First up we were treated to a special talk from Charlie (J.E.N.) Veron (known to many as "the Godfather of Coral") after he accepted an Honorary Life Membership with NQCC, in recognition of his dedication and service to the Great Barrier Reef. Charlie doesn't mince his words, and his passionate stance on climate change shone through clearly. As our Campaigns Manager Tarquin Moon said afterwards: "He could have spoken for an hour and we would have happily listened on".

Immediately following Charlie's presentation, we heard from our social work interns, Parimal and Mapendo, as they shed light on their work with NQCC and how it relates to their studies.

After this presentation, the incumbent President Peter Hanley opened the meeting, with minutes taken by incumbent Secretary Priscilla Peto. Peter presented his President's report, which was followed by presentations from Tarquin Moon (Campaigns Manager) and Crystal Falknau (Community Campaigner) about their work and achievements throughout the past twelve months. This preceded the Treasurer's report, presented by Cam Leitch.

The minutes from 2018's AGM were accepted and nominations began for roles and positions on the Management Committee. Peter's nomination for President was uncontested, as was Cam's nomination for Treasurer. The roles of Vice President and Secretary went unfilled (with Rebecca Ryan and Priscilla choosing not to nominate again for their respective roles), however four members did nominate as "ordinary committee members" - Linda Davis and Alastair Birtles both returned to the committee and were joined by David Kault and John Connell.

When the meeting came to a close, photos were had on our famous Rainbow Couch, and our members enjoyed some last drinks, nibbles and catch-ups before heading home.

We warmly welcome our new committee and thank everyone who attended for contributing to the official business of the night!