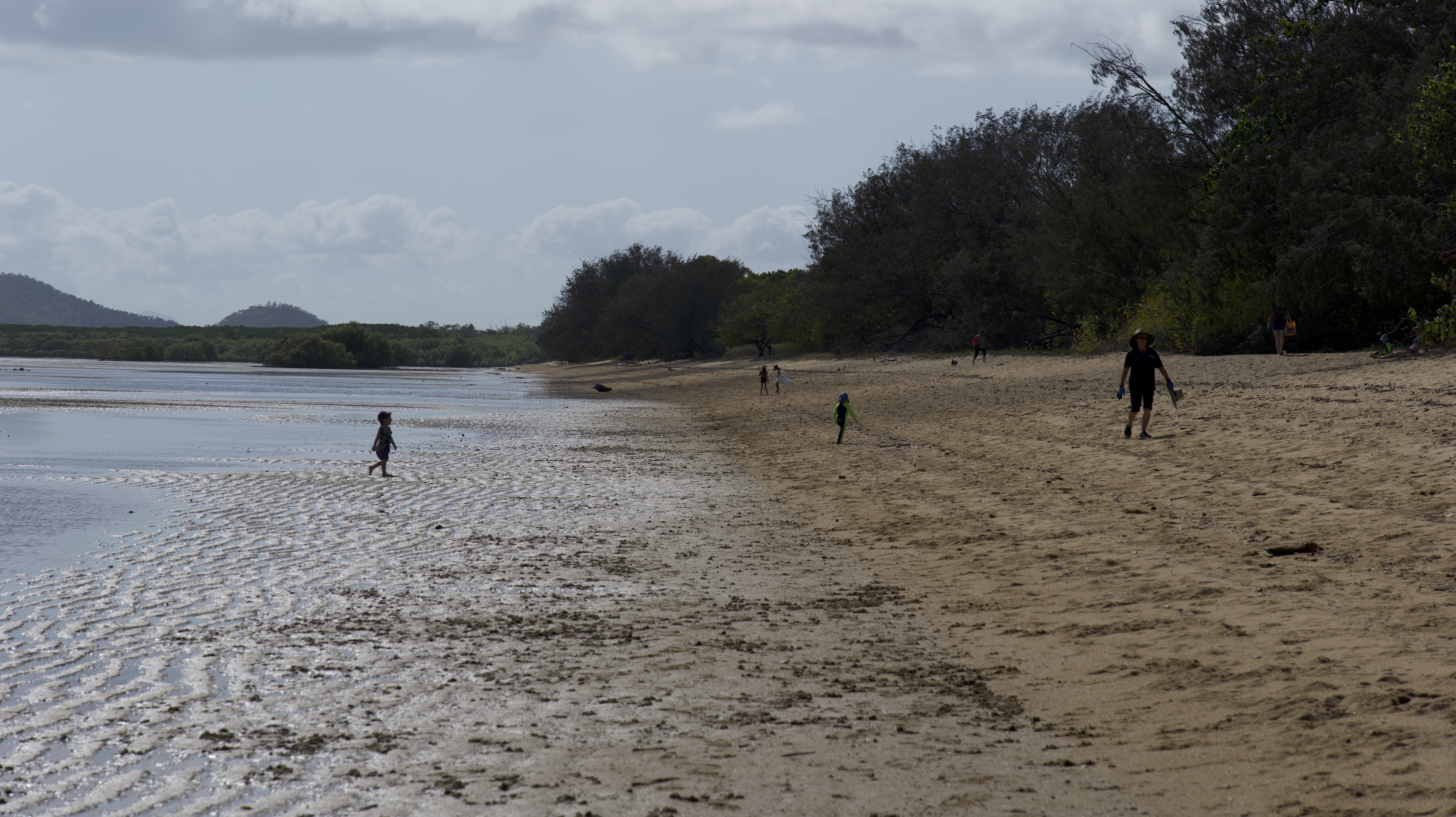 We live in one of the most beautiful locations in the world with the iconic Great Barrier Reef Marine Park right on our doorstep, along with many other fragile ecosystems that provide shelter and food for marine animals including many endangered species. Unfortunately these ecosystems and marine animals are under threat not only from the effects of climate change but also from marine debris.

Marine debris is man-made and largely consists of plastic. It is one of the world's biggest polluters, with every square kilometre of ocean estimated to contain over 40,000 pieces of plastic. Marine debris kills and injures marine animals every day, can cause a variety of human health issues and has the potential to harm local businesses and tourism. On the 7th November 2020 NQCC hosted a Great Barrier Reef Clean-up event in collaboration with Tangaroa Blue and ReefClean to help tackle this problem and develop community awareness.

Registration started at 8am at the Bushland Beach Park on Gurrumbilbarra and Thul Garrie Waja Country where we acknowledge the Bindal and Wulgurukaba peoples as the Traditional Custodians of the land on which we work, live and strive to protect. 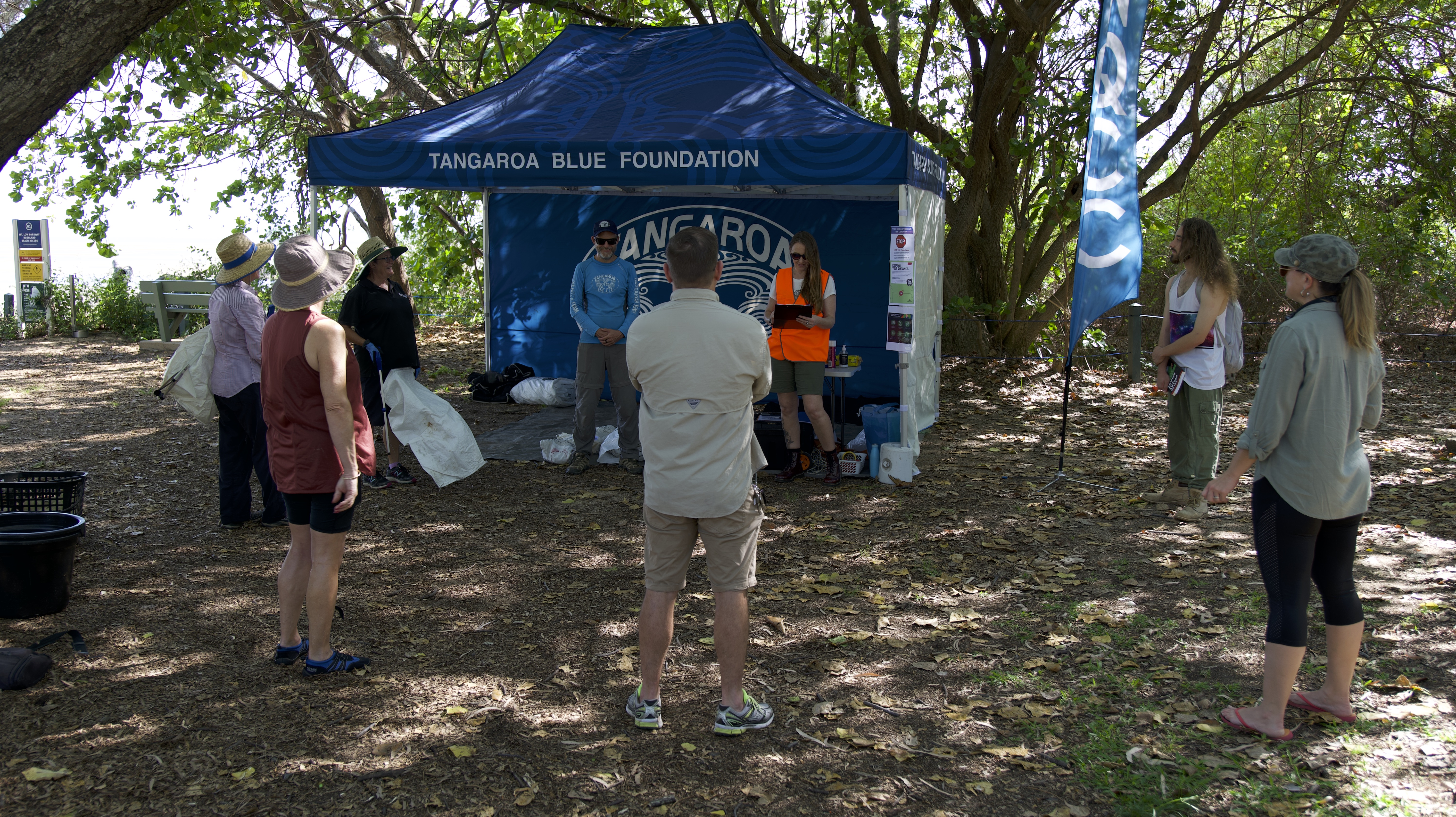 A total of 19 passionate and motivated volunteers attended throughout the morning, with most attending the first couple of hours collecting debris from along the shoreline and within the scrub and grassy dunes behind the mangroves. Others joined later on to help with sorting and counting the debris for important data collection. 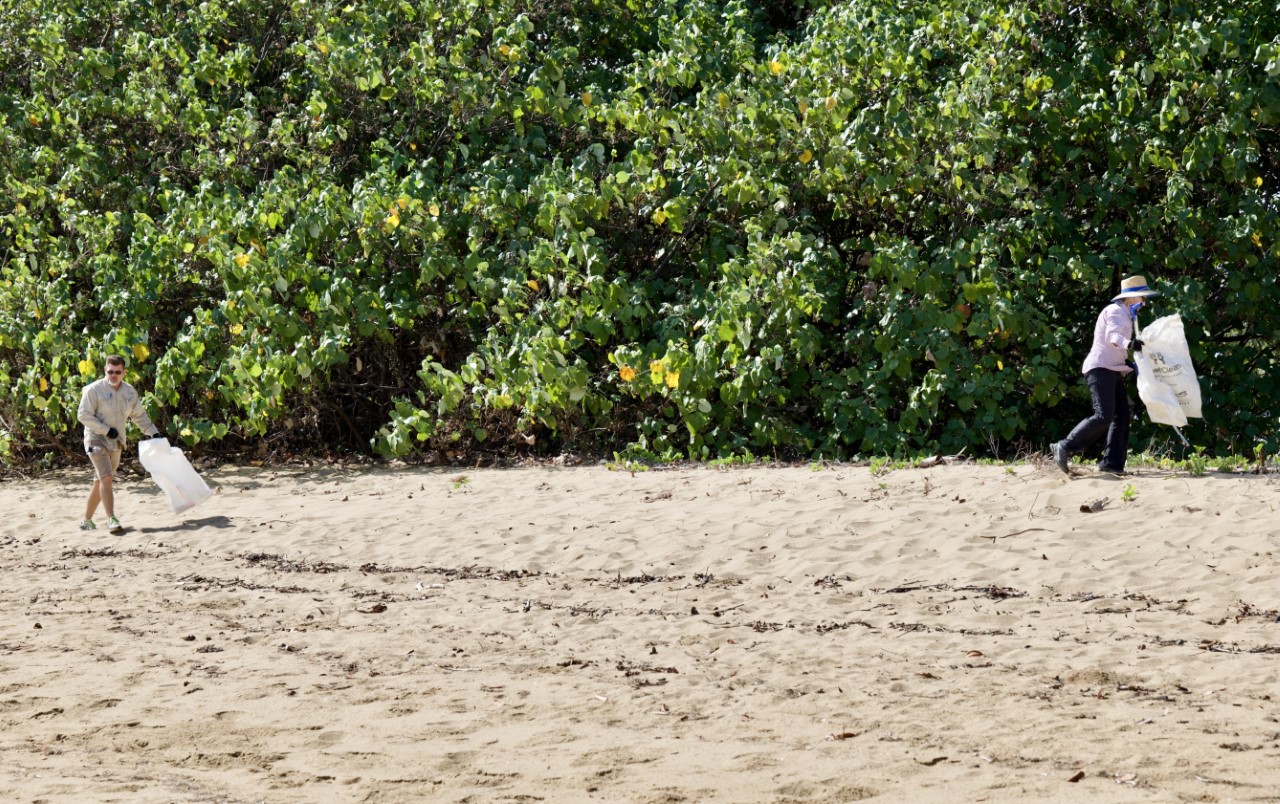 I was in complete admiration of our volunteers' determination and commitment to the task of marine debris collection, despite the searing heat and difficult, soft sand they had to endure. Their efforts paid off with a total of four large bags of marine debris collected. The full bags were weighed, giving a total of 35kg. We then emptied one bag at a time which was sorted by our volunteers with great care and enthusiasm into various categories so that each item within that category was then counted and entered into the Australian Debris Initiative database (AMDI). The data collected is legacy that is stored forever and will be used to help trace debris to its source in order to prevent it from entering the waste stream and harming our Great Barrier Reef in the future. 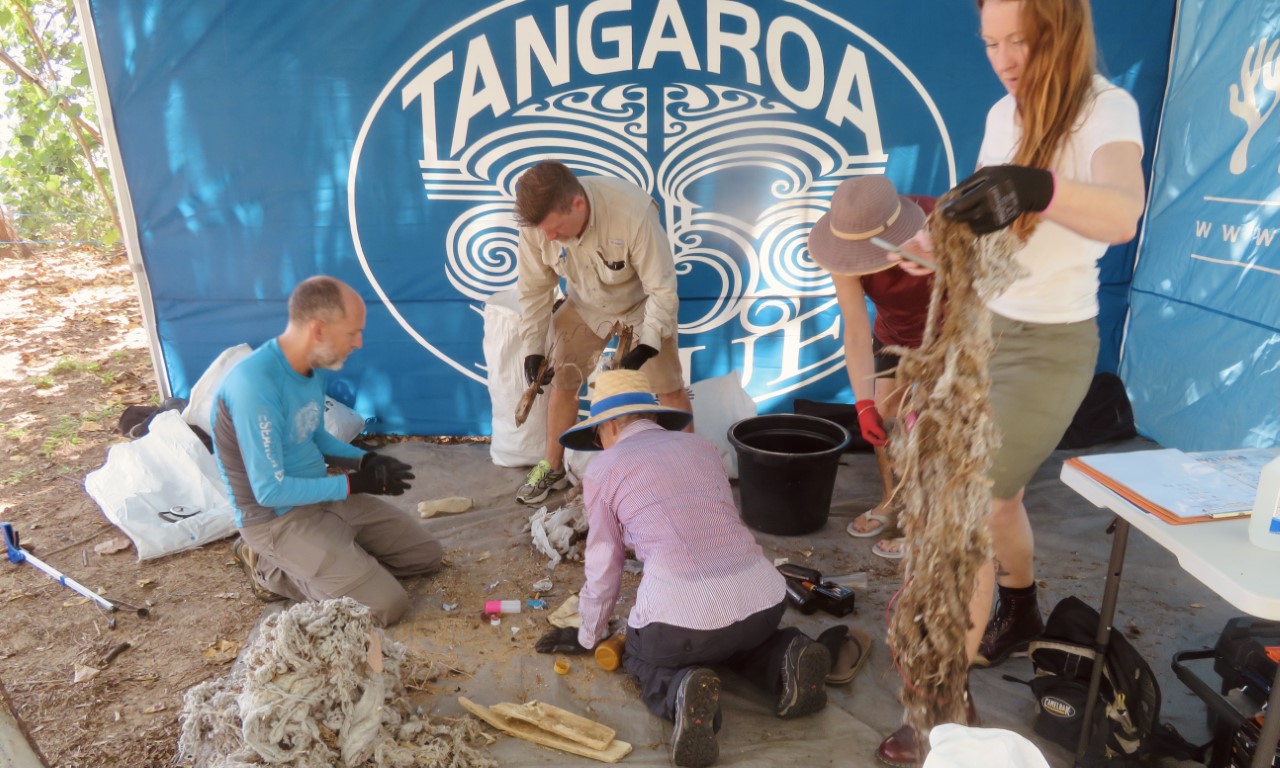 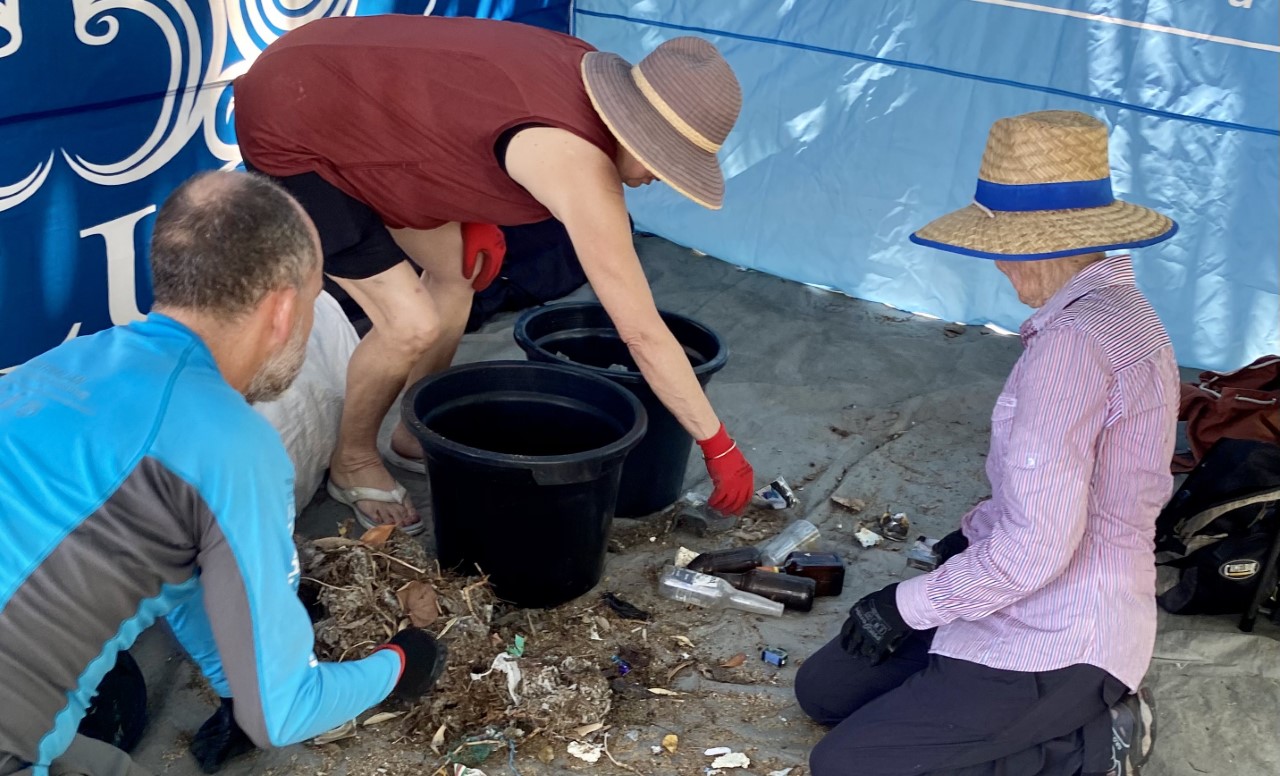 Volunteers also found larger items which we were unable to remove on the day, including a mattress, car tyres, fishing net, concrete and an alarming amount of loose, scattered erosion-prevention matting which poses a high risk of marine animal entanglement. All of these items were reported to Townsville City Council via the Snap Send Solve App. Soon after, I received a response from TCC’s Senior Environmental Operations Officer, Adam King assuring me that the large items found would be removed and the concerning amount of erosion-prevention matting would be removed by the resident who installed it. 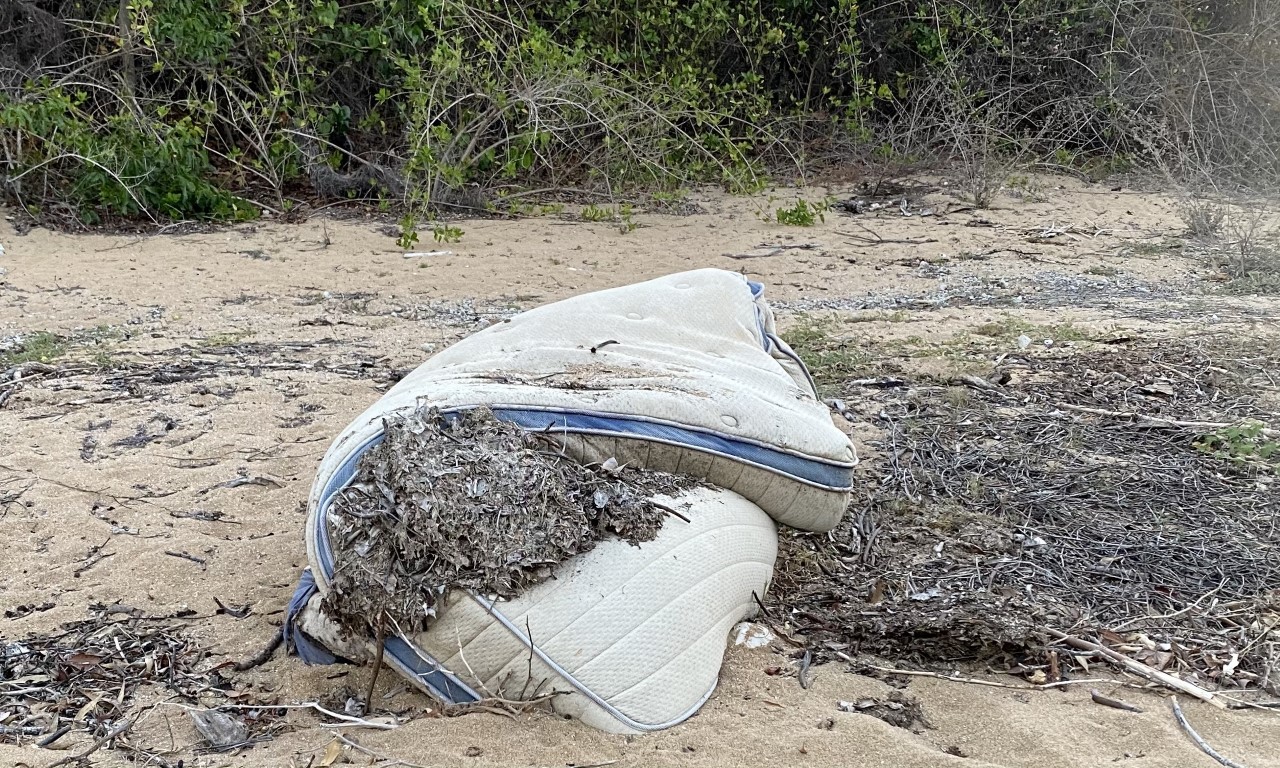 As North Queenslanders we enjoy our beautiful beaches and waterways, making the most of what they have to offer for relaxation and recreation. Unfortunately these locations are being polluted by some of those very people that enjoy them. It is hard to understand why people behave in this way, why they like to bite the hand that feeds and we cannot make them change their disrespectful habits, however we can take action ourselves and lead by example in a way that is positive in hope that we can inspire others to follow.

Thank you Tangaroa Blue and ReefClean for providing all of the equipment and information required to coordinate and host a Clean-up event and especially to Craig from Tangaroa Blue for helping out for the entire event. Craig’s knowledge and data collection experience was invaluable. And of course a big thank you to all the volunteers who chose to dedicate their time on this day to lead the way through action. You truly are inspiring.