Back in October 2011, Wendy Tubman, then a member of the NQCC Board, volunteered to step into the vacant role of Coordinator for a three month period ‘while we found someone else’. Four and a half years later she is leaving NQCC so that she can stand as the Greens candidate for the seat of Herbert in the forthcoming federal election.

It’s hard to say ‘all the best’ to Wendy without appearing to take a party-political stance, which we avoid, but we can and do thank her for the enormous time and effort she put into NQCC.

But NQCC isn’t going away, of course. We have a young, enthusiastic and environmentally well-connected woman standing in as Acting Coordinator until we advertise the position in three months time. She is Maree Dibella (right), who has a Degree in International Studies and, until recently, was working with the Green Army as a Team Supervisor.

Maree is contactable on the NQCC numbers (07) 4771 6226 or 0428 987 535 and at [email protected] from next Monday on. Please feel welcome to contact her if you have any questions about current NQCC campaigns or how you can become more involved. 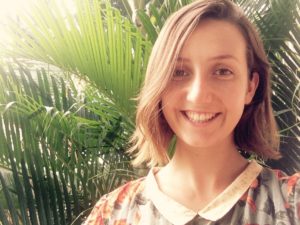