Our membership year ended on 5 June and your membership will formally lapse on 5 September. Over the next few weeks our staff will be phoning members to remind them to renew. You could save us the hassle and renew online right now!

The Management Committee has recently changed. Our current Management Committee is comprised of Gail Hamilton (President), Peter Hanley (Vice President), Amy Lamb (Secretary), Vern Veitch, Heather Laurie, David Kault and Malcolm Tattersall. Read more about our staff and committee here. The position of Treasurer is currently vacant. There is a book-keeper to support the Treasurer. If you are interested in this role, please email Gail at president@nqcc.org.au

A special general meeting was held on 2 May to discuss NQCC’s involvement in the Port expansion campaign. A copy of the minutes has been circulated to all members. Please reply to this email if you didn’t receive a copy. The motion that was passed was “NQCC continue to oppose, through an active, unfettered campaign, the current proposed expansion of the Port of Townsville and work collaboratively with MINCA to that effect”. The committees of NQCC and MINCA will soon meet to further discuss this campaign.

NQCC will be hosting monthly meetings for members as well as the public where you can learn more about the work that we do as well as hear from a special guest speaker on a topic related to conservation and advocacy in North Queensland. Do you have a topic you would like to contribute? Or have any ideas of great guests we could host? Please send Maree an email and let us know.

The end of financial year is nearly upon us. Please consider making a tax-deductible donation to NQCC before June 30th. Click here to make a donation.

…so we’ve given ourselves the green light to campaign against it! It certainly seemed like big news last week that Adani had made their Final Investment Decision. But it was nothing more than a PR stunt. Just a few weeks ago we heard Adani say that the investment decision would be indefinitely delayed in a move to force a royalties deal from the Queensland Government. The opening of their Townsville HQ and the investment announcement is a similar tactic to lure $1 billion of taxpayer’s money via the Northern Australia Infrastructure Facility. And within just 24 hours Adani was threatening to go home again, saying “if we don't receive that loan then we are going to have to look at our options”. 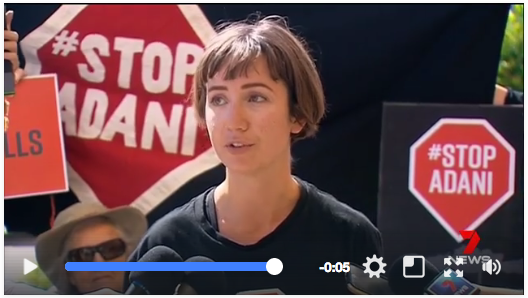 Normally when companies announce they have made Final Investment Decision (FID) to proceed with a project, they have usually locked in their finance. Adani still has no financial backing, still faces legal challenges over Native Title and Indigenous Land Use Agreements, and still has a well-organised and well-resourced grassroots resistance to butt heads with. Check out this great news article that explains why the announcement was a con.

We were out the front of Adani HQ, with the media presser by Maree making it onto local WIN and 7 News, Brisbane and Sydney radio and a print article in the SMH.

Rally for the Reef and to Stop Adani

On 25 May NQCC members and supporters gathered outside a Reef Summit meeting being put on by the Great Barrier Reef Marine Park Authority, dismayed at news reports this week that that half of the Great Barrier Reef may already be dead. (See: Terry Hughes tweet, Dr Russell Reichelt in Monday’s Senate Estimates). 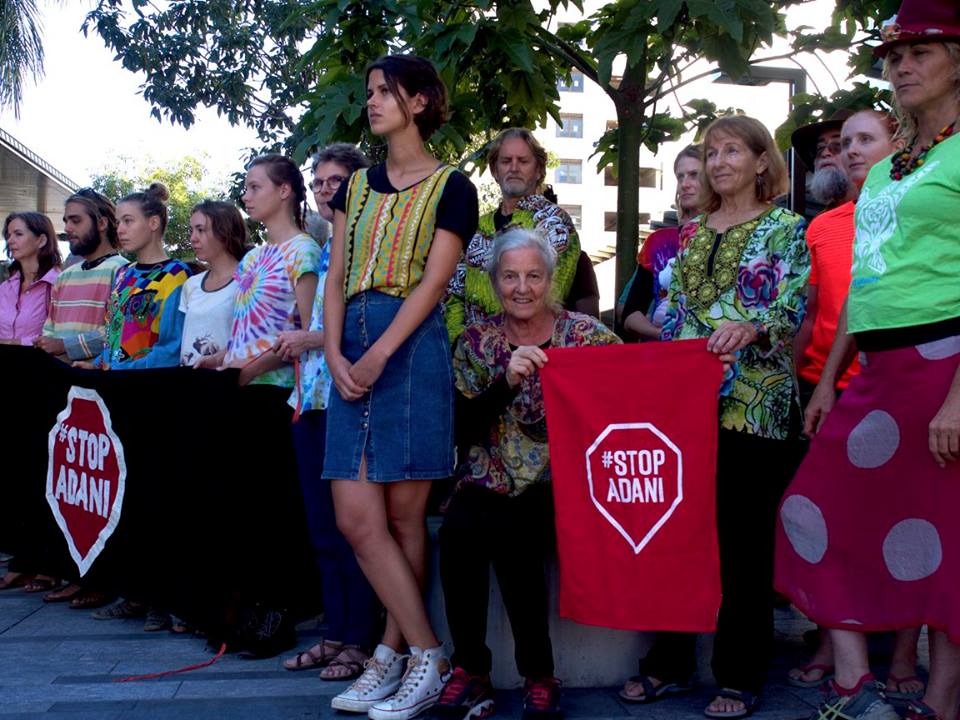 NQCC members and supporters at the rally, 25 May. Photo credit: Tyler Peirce 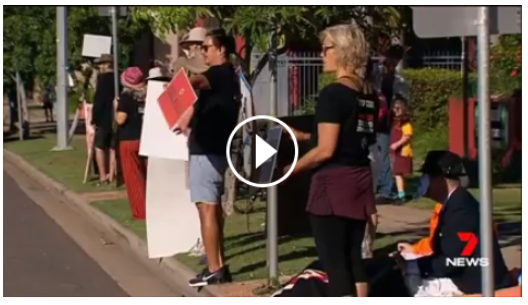 7 News Townsville coverage of the protest outside the
North Queensland Mining and Resources Industry Forum, 7 June.

The local Stop Adani action groups have been very active lately, having had a presence at EcoFiesta, holding another film screening of Guarding the Galilee, and protesting outside the North Queensland Mining and Resources Industry Forum. Click on the video below to watch the local news coverage.

If you are on Facebook, request to join this closed group where action planning and discussions occur. You need to apply and be approved by the admin. You can also be a part of the email list by signing up here.

In October 2015, NQCC was at the Land Court in Brisbane as an objector in the matter of Galilee Coal Pty Ltd vs Bruce Bede Currie and others. This case concerns the Kevin’s Corner coal mine in the Galilee Basin and NQCC’s objection was that the Environmental Impact Statement failed to deliver a cumulative impact assessment. We have received advice that the Court’s decision will be handed down shortly. Stay tuned for an in-depth article when the decision is made, and in the meantime, check out this blog post explaining the case written in 2015. 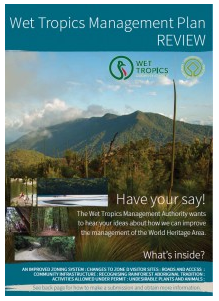 We invite our members and supporters to make a submission to the review of the Wet Tropics Management Plan. Submissions close on Friday 30 June 2017.

The Authority is proposing a range of changes and options for how the Plan works. These include topics such as:

Click here for more detailed information about the review.

Thank you to our volunteers Justin and Jayden for their contribution to NQCC’s response. This is an opportune platform to support the campaign to better protect endangered cassowaries from domestic dog attacks. Thanks to Ingrid from Keystone Cassowary Conservation for the comments relating to managing dogs in and around the Wet Tropics.

A review of the financial assurance framework and a discussion paper on better mine rehabilitation for Queensland are now open for comment. Submissions close this Friday 15 June.

Check out this blog post by our friends at Mackay Conservation Group, who have been campaigning for better mine rehab regulations since 2015.
The wonderful team at Environmental Defenders Office of Queensland have put together this guide of key points and a downloadable template. Click here for more detailed information.

16 June - Songwriting Challege - Protest Song
A GREAT opportunity for the creative types amongst us to write their next Stop Adani jingle!
Where: The Loona Lounge at Commonwealth Hotel, South Townsville
When: 6:30-10pm
Cost: Free

Come by for some banner making, sign making, shirt printing fun! There will be chill tunes, some BBQ food, drinks and good times. BYO shirt to have it printed with the Stop Adani logo. Bring your mates and let's get crafty!

Every second and fourth Wednesday afternoon of the month, volunteers meet to sew reuseable shopping bags from donated materials. Doesn't matter if you are young or old, can or can't sew! Come along and get involved with this project!

Where: JCU, venue TBC
When: in the evening, specific time TBC
RSVP and ticketing to be advised.

Rest in Peace Madge and Lynn

NQCC wants to acknowledge the passing of two long-time members and volunteers of our organisation, Madge Sceriha and Lynn Saunders. Madge and Lynn contributed greatly to our organisation and are missed by our community and the wider Townsville community.

Please check your e-mail for a link to activate your account.
Donate Volunteer Find an Event