It's been a bit of a rollercoaster following the environment news of late (a mass coral bleaching event during a La Niña year, a coal exploration licence rejected by the State Government, the release of an IPCC report on climate change mitigation) - and now the election has been called for 21 May!

We have a big six weeks ahead of us, endeavouring to make #ClimateActionNow an election priority for North Queenslanders. This work will be supported by our Cool it for Climate fundraiser, which has raised over $6,600 so far! If you haven't had the chance to chip in yet, why not head over to our fundraising page now?

Thank you for supporting our fundraising efforts and campaign work at this critical time - enjoy the read and keep an eye on your inbox in coming weeks for updates and calls to action!

Cool it for Climate Fundraiser 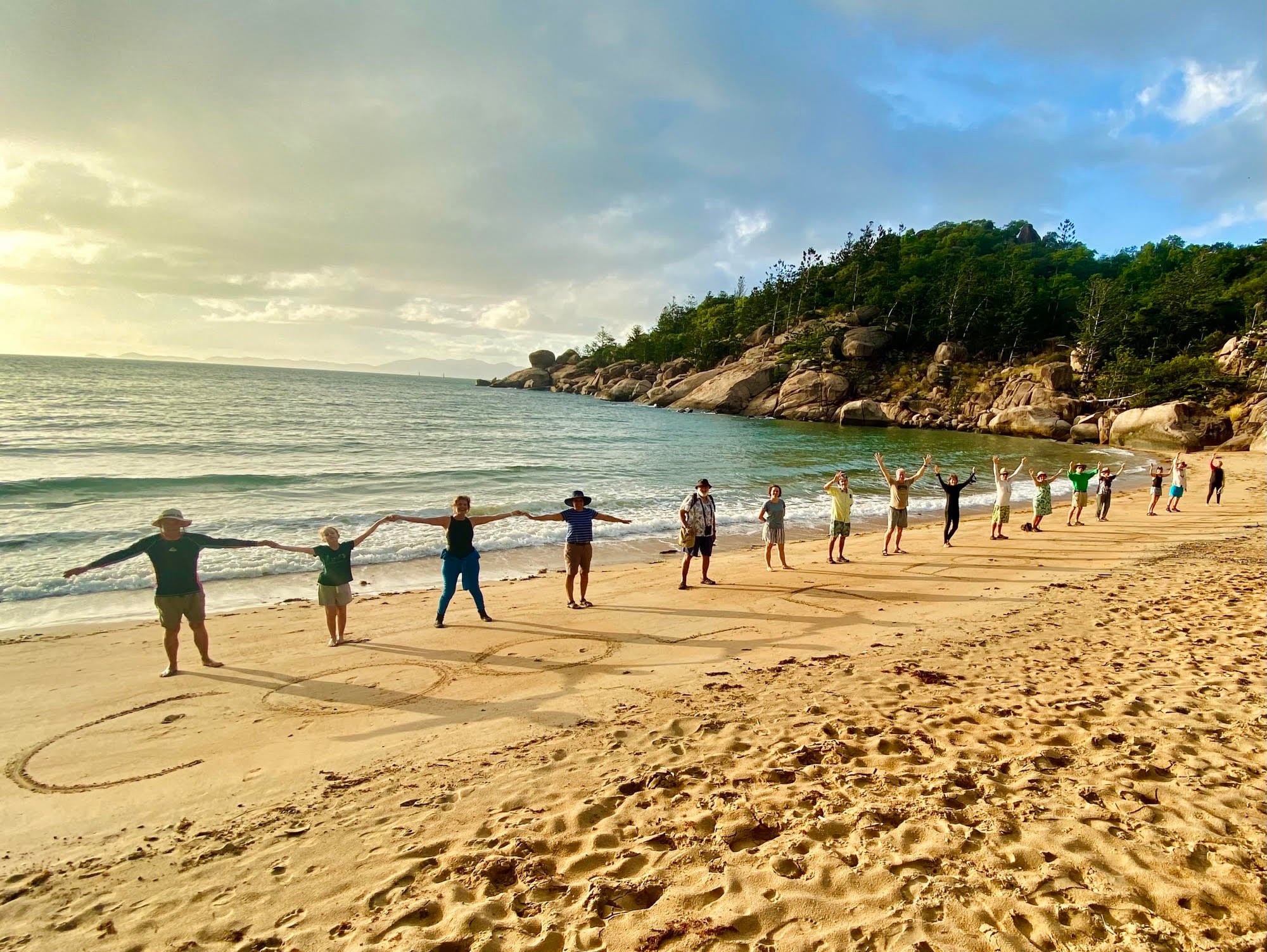 Most of our fundraisers have completed their Cool it for Climate challenges and the donations have been rolling in. Thanks to the efforts of our fundraisers and generosity of our donors, we've made $6,600 so far - and it's not too late to donate!

On the first Sunday of April, the Alma Challenge team ventured over to Yunbenun Magnetic Island to complete their challenge - swimming eight lengths (or more!) of beautiful Alma Bay. Watch this video to find out why they took on the challenge!

Splash for Trash and Phillip England have been collecting at least eight pieces of litter per day to bring attention to the cause, David Cassells has been planting trees on Castle Hill, and Crystal has run eight lengths of the Strand. We have also been supported by Social Workers for Climate Action, whose challenge (to build Townsville's biggest nature mandala) will take place on Thursday, 14th April at the Picnic tables next to the Aplin's Weir All Abilities Playgrounds at 5pm. You are welcome to attend - find more details here!

Thanks for getting behind this fundraiser! Donations are tax-deductible and help us to send a clear message that our community supports strong action on climate change! 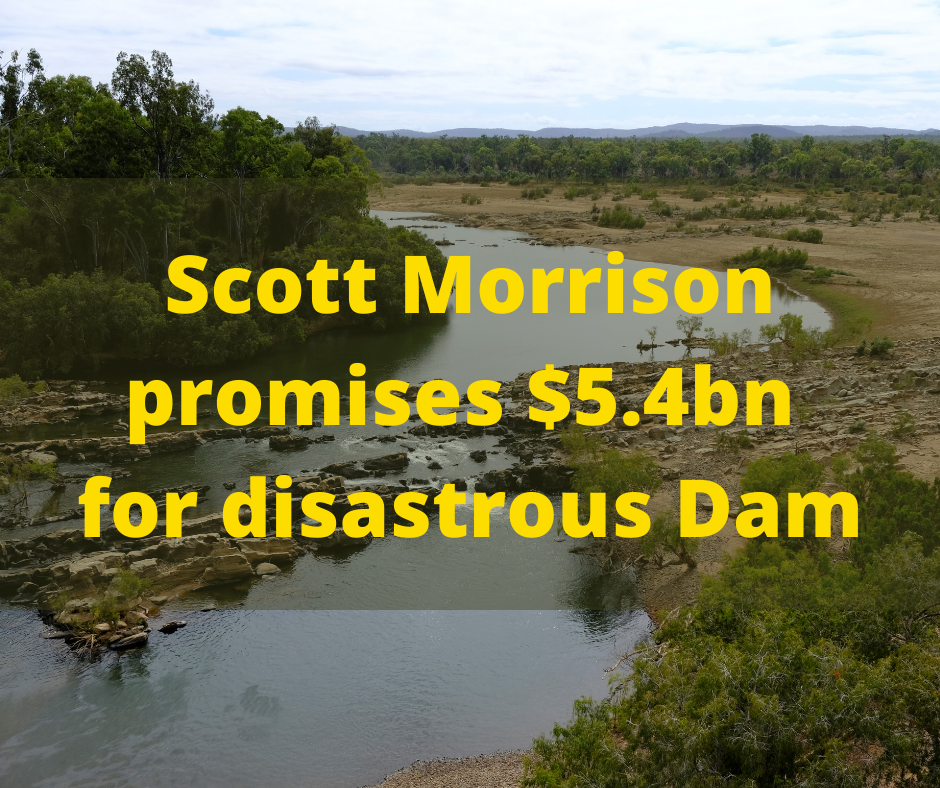 In an unexpected visit to Townsville, Scott Morrison pledged $5.4bn in funding for Hells Gates Dam, despite no completed final business case.

NQCC was represented in the media on this issue by Crystal Falknau and John Connell, including statements in the Guardian and the Burdekin Local News, and an eleven-minute ABC radio interview by John.

We know that this project doesn't stack up environmentally (or economically), and we've been heartened by the pushback this announcement has received from community members around the region.

Check out our short summary and joint media release with Queensland Conservation Council below.

We recommend listening to this informative interview from ABC Mornings with Jason Lange, Director and co-founder of Atlas Soils. Their community-minded and environmentally-beneficial work has been supported by the volunteers from Fair Bite Townsville - one of our fantastic member groups! 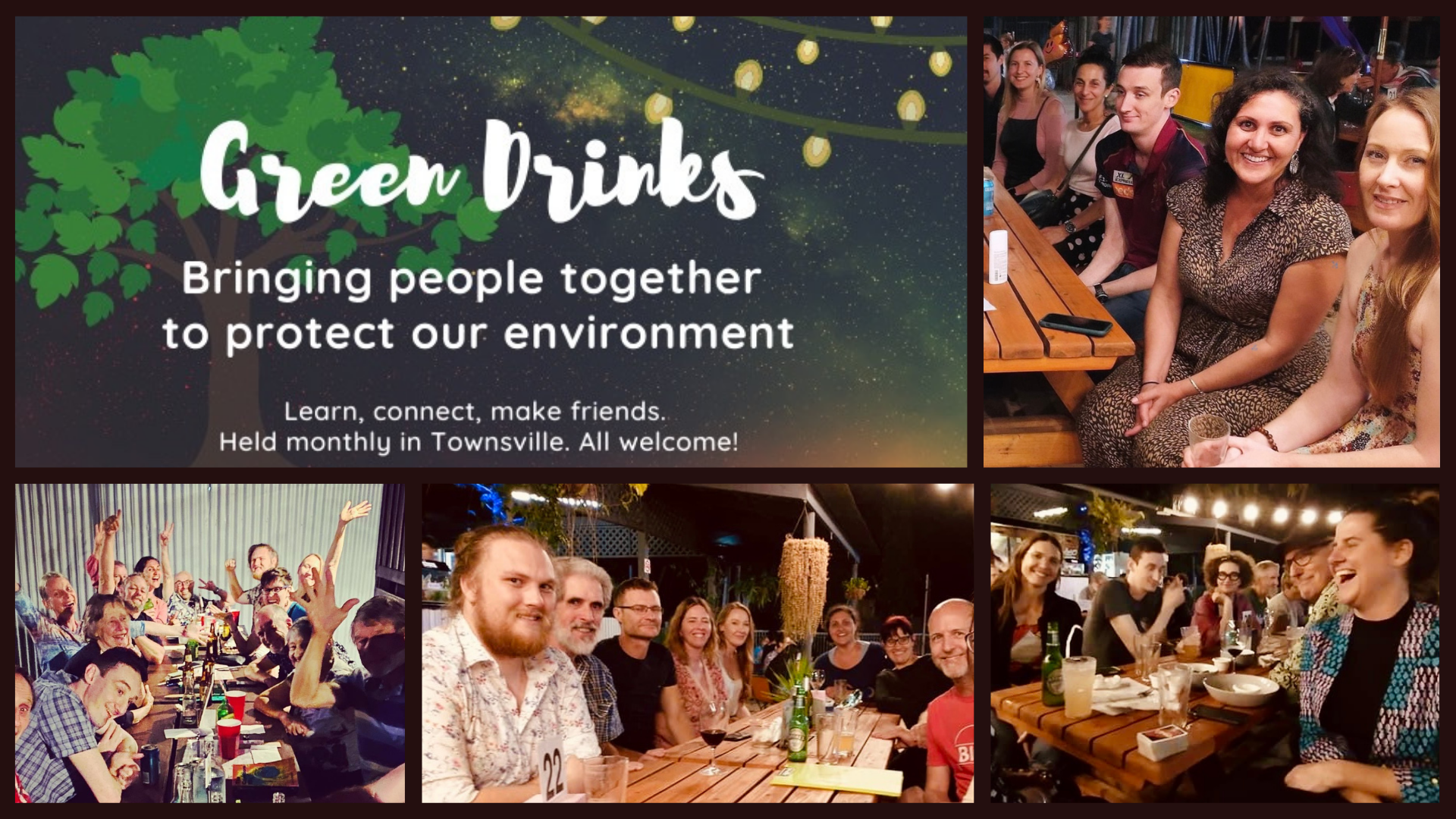 The next Green Drinks falls on Earth Day - Friday 22 April - and will kick off from 6pm at Grill'd in Palmer St. Help us make it a big one! 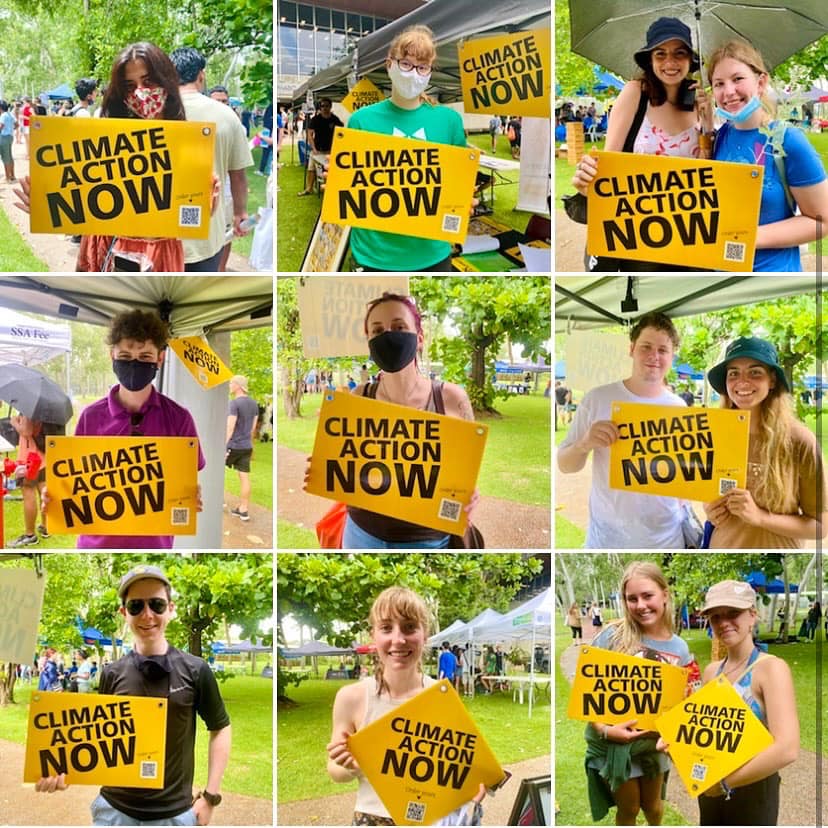 At 11am on Thursday 14 April, hundreds of people across the country will post photos of their #ClimateActionNow signs on social media.

Together, we can make climate solutions visible to our decision makers and demand that they take action to slash pollution this critical decade.

Prefer to take part as a group? Join us at the Strand Pier from 8.30-8.45am on Thursday! (We'll have Climate Action Now signs on hand.)

Be a Litter Hero 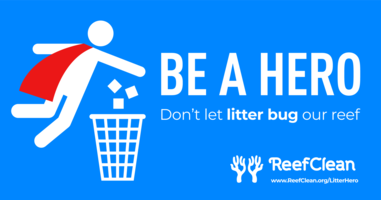 Tangaroa Blue are on the hunt for some local heroes to assist with the Litter Heroes campaign at Queensland Country Bank Stadium for some upcoming events!

Last year the Litter Hero and Ditch the Flick team had great success, reducing cigarette litter at the stadium by up to 71%.

Please email [email protected] to express your interest or ask any questions.

(Note: admittance to the game in which you are volunteering will not be provided as the Litter Heroes campaign is run on the external perimeter of the stadium).

The Litter Hero team will be present at the following games if you would like to register your interest to volunteer:

ACF Climate Poll Results Are In

A recent poll commissioned by the Australian Conservation Foundation has come up with some pretty interesting results, for example...

Why not share these results with your federal MP? You can do so easily via the link below! 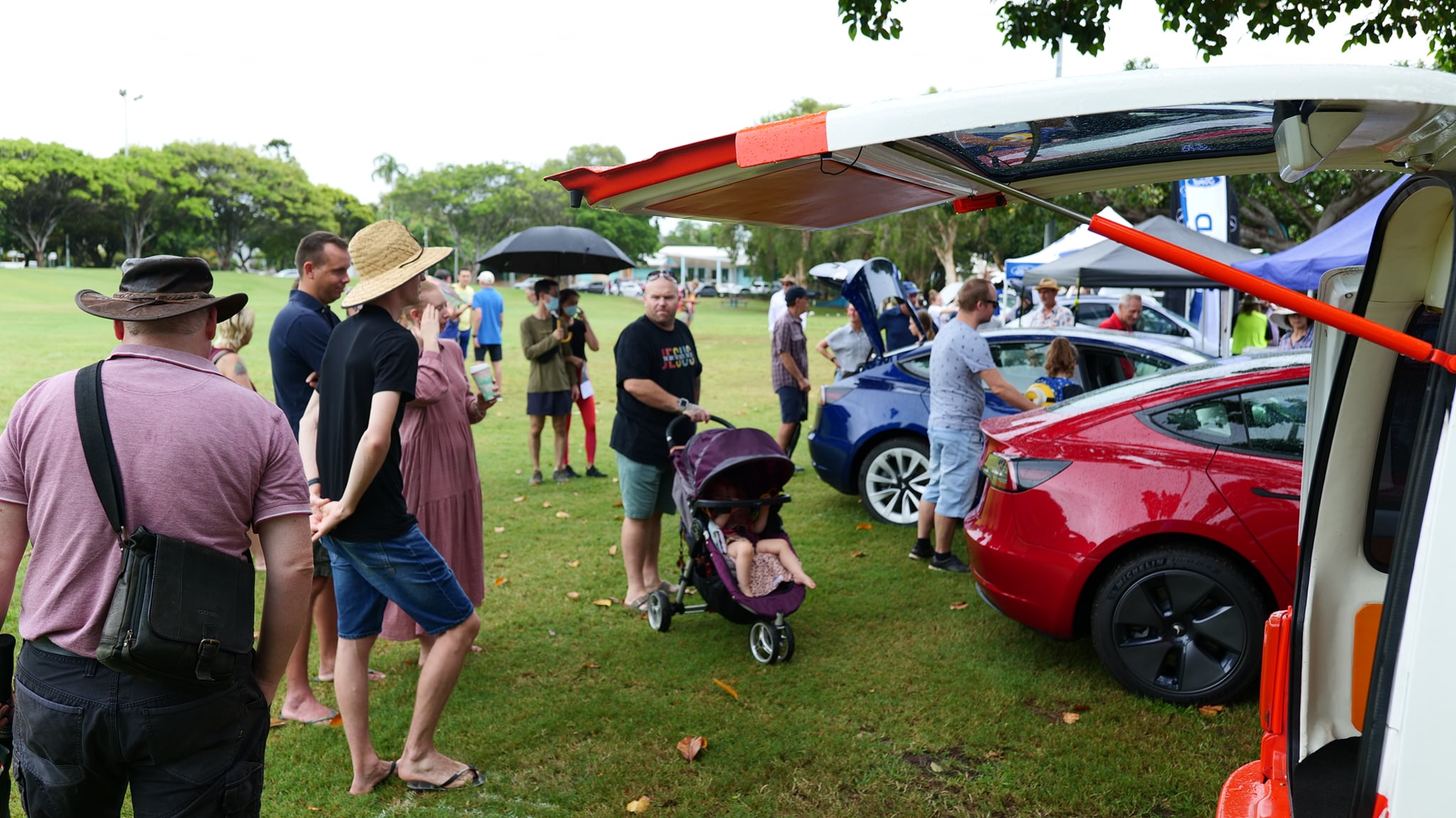 Hundreds of Townsville locals braved the rain earlier this month to attend Solar Citizens' Electric Vehicle Experience event! As fuel prices remain high, more and more people are thinking about making the switch to cleaner EVs that are cheaper to run.

Sadly, Australia is lagging behind when it comes to rolling out electric transport and more Federal Government support is needed to accelerate uptake.

On 16 March, the Queensland Government announced their Zero Emission Vehicle Strategy, with the following targets:

You can show your support for an electric vehicle future by signing onto Solar Citizens' petition here. 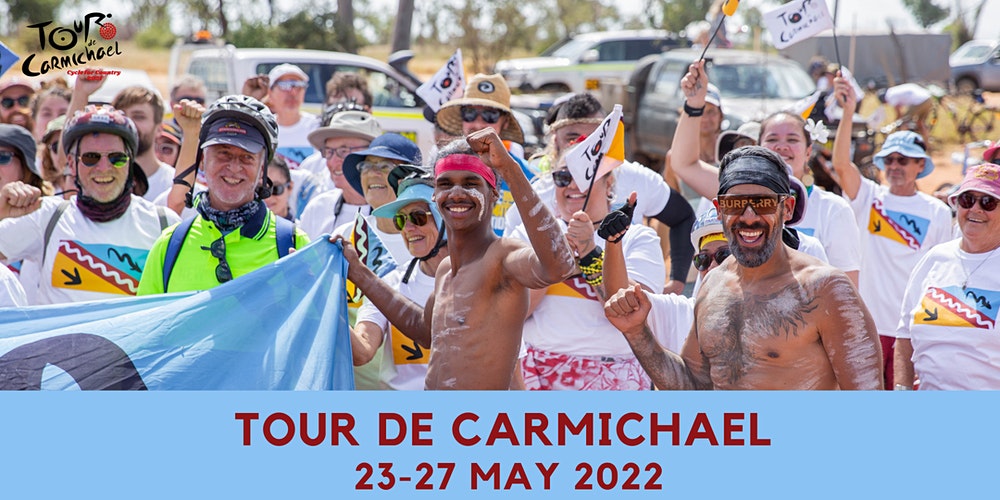 You are invited to Wangan and Jagalingou Country for the Annual Tour De Carmichael – Cycle for Country on the 23rd to the 27th May.

Tour De Carmichael is not a protest but a guided cultural tour on pushbikes. Come and learn about significant sites including Twin Hills, the Belyando and the sacred Doongmabulla springs and how they relate to Wangan and Jagalingou people.

Cultural workshops will be held at different campsites at the end of each day and ending the tour at the Waddananggu ceremony – where the sacred fire has been burning for more than 200 days and nights.

Everyone is welcome to come. If you can’t ride, there are plenty of volunteer support roles.

The Queensland Community Alliance is offering FREE Community Organising Training in May this year, in Townsville.

The training will be held in person on Saturday 28 May and Monday 30 May, from 9am to 5pm each day, at a Townsville venue to be confirmed. Attendees must attend both sessions.

Topics at the two-day Foundations training include:

There is no cost to attendees, except for a $10 contribution towards lunch on each day.

Thank you for supporting conservation and climate action in beautiful North Queensland!

Donate to our Cool it for Climate Fundraiser here!