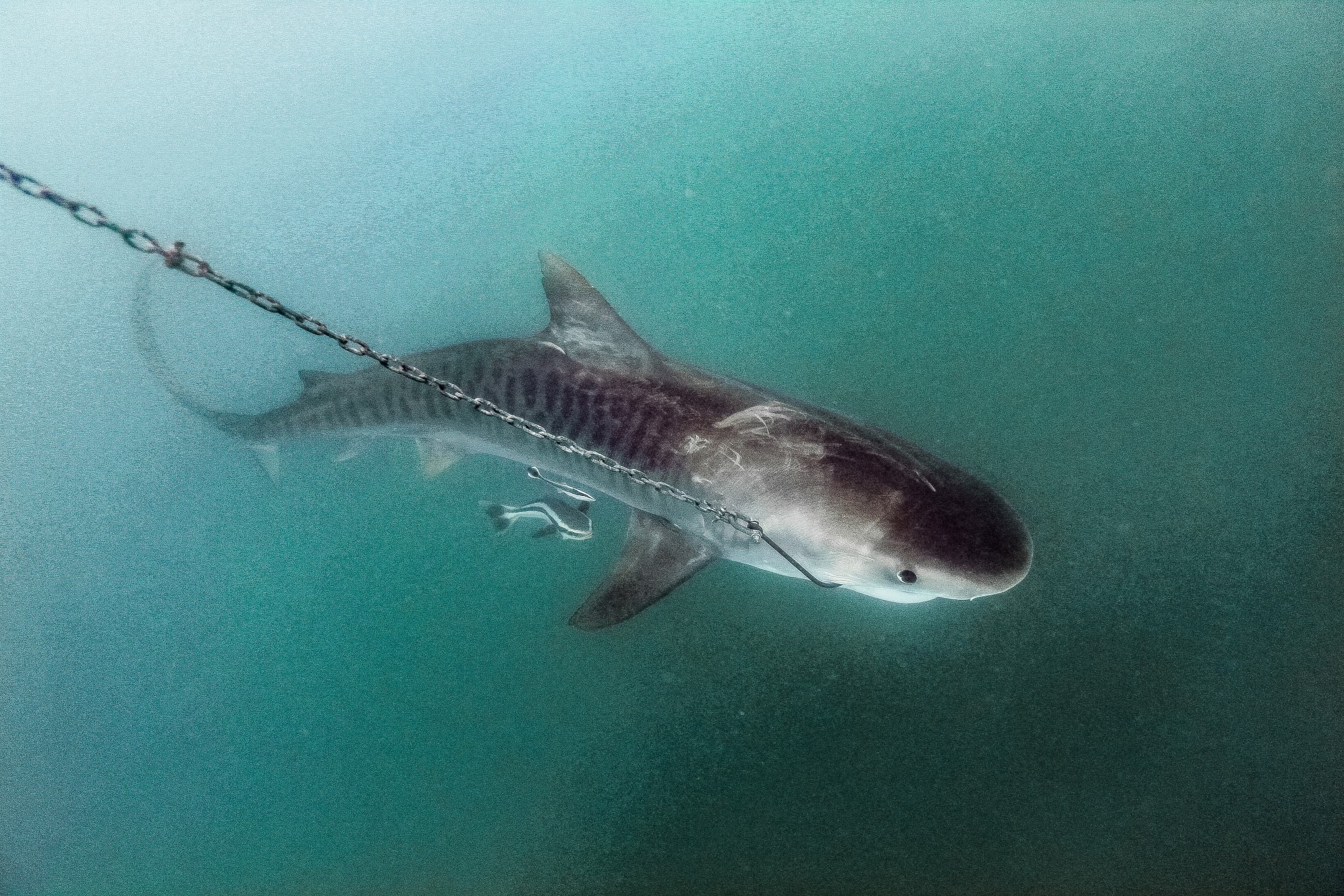 The agreement announced on Tuesday 4th February 2020 between the Commonwealth and State governments to re-deploy SMART drum lines trials within the Great Barrier Reef Marine Park is welcomed as a non-lethal, evidence-based approach to shark mitigation and public safety.

North Queensland Conservation Council (NQCC) provided comment to the media on the breaking news in line with Australian Marine Conservation Society's position supporting this non-lethal shark mitigation approach.  SMART drum lines work by sending an alert when a shark has been captured on a baited hook that is fitted with a satellite-linked GPS.  Once caught, the shark is tagged and relocated (typically by a fisheries scientist or officer who checks the correct procedures are followed).  The previous conventional drum lines lead to many unnecessary shark deaths which was a concern for maintaining the health of reef ecosystems.

Australian Marine Conservation Society (AMCS) Senior Sharks Campaigner Dr Leonardo Guida has spoken out about the link between healthy tourism and fisheries industries and the health of shark populations. Sharks play an important role in ecosystem health. By keeping the numbers of other marine species in check, sharks help to maintain stability within the food web. Without sharks, marine food webs could become unstable and possibly collapse, with major implications for the 64,000 jobs and $6.4 billion in revenue provided by the Great Barrier Reef.

Dr Guida understands the agreement between the Commonwealth and State governments to re-deploy the SMART drum lines trials, pilot drone surveillance and instigate swimmer education would be beneficial for reef health.  He also is concerned that the Great Barrier Reef could still face listing as ‘in danger’ by UNESCO this year which could impact negatively on tourism.

The new SMART drum line program will ensure Queensland complies with a decision handed down by the Administrative Appeals Tribunal (AAT) last year to end lethal shark culling with the use of conventional drum lines within the Great Barrier Reef Marine Park.  The case was brought forward by Humane Society International (HSI) in 2019 and the AAT found “overwhelming” scientific evidence that killing sharks does not reduce the risk of unprovoked interactions with humans and instead has resulted in a "significant reduction" in tiger shark populations within the Great Barrier Reef Marine Park, leading to concerns for the impact shark culls have on the reef's ecosystem.

AMCS Campaigner Dr Guida hopes that the cooperation and leadership shown by the Queensland and Commonwealth governments will lead to more humane, science-based shark mitigation strategies which could soon be implemented for the entire Queensland coast.