Dr Steven Miles lectures on the challenges facing the reef

On the 11th of August, NQCC staffers Maree Dibella and Jacob Miller attended Hon. Dr Steven Miles’ presentation on the challenges facing the Great Barrier Reef, as the Virginia Chadwick Memorial Lecture. Dr Miles unveiled the findings of a report by the Water Science Taskforce that details an $8.2 billion strategy to save the reef over the next decade.

The strategy is to reduce the amount of sediment that runs off into the reef by managing vegetation clearing and addressing gully erosion. Of particular concern is the Fitzroy catchment near Rockhampton, taking about three-quarters of the recommended funding, as well as the Burdekin catchment to the south of Townsville, which requires $1.39 billion for rehabilitation. 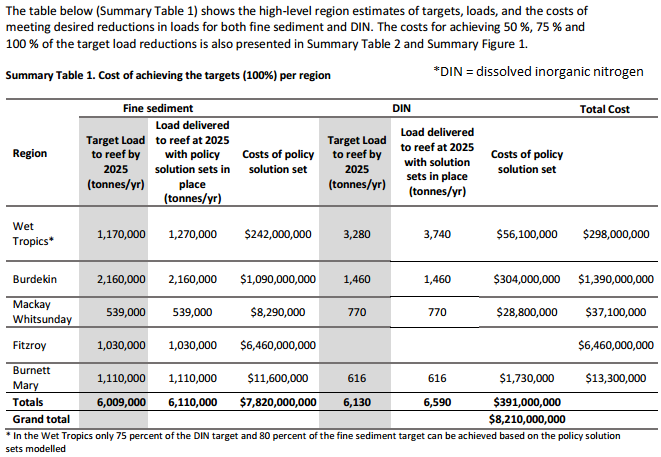 The recommendations from the report clearly demonstrate the impact on the Reef that lax land-clearing laws have had, and how necessary reform of the Vegetation Management Act is. Next week, the Queensland Parliament will decide whether to pass an amendment bill to curb the unacceptably high rate of clearing.

Unfortunately, sedimentation from land erosion is just one threat that the Reef has to cope with. The biggest threat to the Reef is human-induced climate change, causing temperatures to rise, especially in the oceans, leading to acidification and warmer-than-usual conditions that the ecosystem cannot cope with. In order to address climate change, we need to reduce our greenhouse gas emissions, and phasing out the use of coal-powered electricity is a good starting point. As many of our NQCC community are aware, the Adani megamine in the Gaililee Basin has gained approval from both State and Federal Governments. If Australia or Queensland is serious about our emissions reductions targets or meaningfully contributing to reducing climate change, then this mine must not go ahead.

Former NQCC Coordinator Wendy Tubman queried Dr Miles about how the State and Federal Government’s approval of the development of the Galilee Basin is compatible with any action to conserve the Reef, echoing the viewpoint of leading scientists that ‘We either open the Galilee Basin or we have a Great Barrier Reef’. Dr Miles’ response was that of a man with his hands tied, that the development and approval of mines was not managed by his Department.

The Queensland Government’s commitment to all ten recommendations of the report is cause to celebrate. However, any effort to protect the Reef is made ineffectual and redundant if not done in conjunction with real action on climate change and a halt to development in the Galilee Basin.