On Friday 7th October, NQCC coordinated the Townsville event for National Divestment Day. We went to our banks and gave them the message that if they continue to choose fossil fuels, then we will choose a different bank. 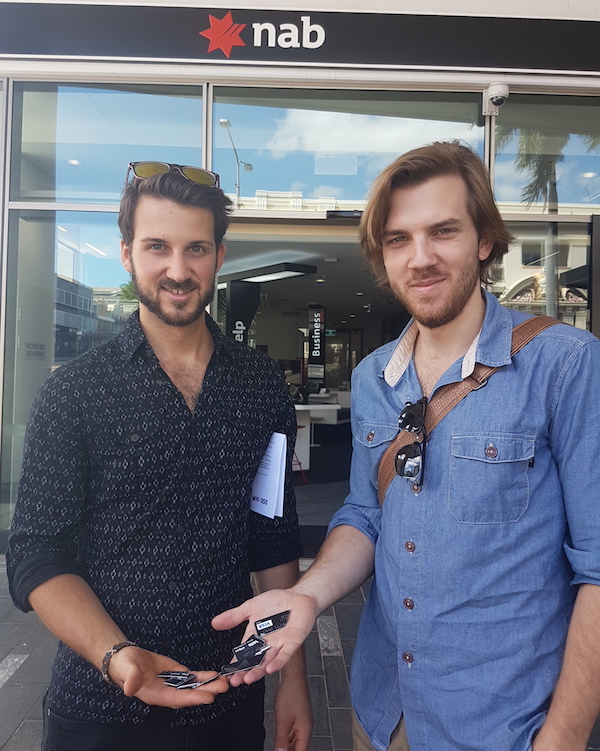 Jordan and Jacob closed their bank accounts with NAB
because they aren’t happy to be customers of a bank
that invests in fossil fuel projects.

Courtney and Maree went to the Commonwealth Bank and handed letters to the manager, telling them they are putting their bank “on notice”. That means that if the bank doesn’t take better action on distancing itself from fossil fuel investments, Courtney and Maree will choose to move to another bank. They also wrote another letter, that applauded the efforts of Commonwealth Bank in withdrawing from it’s financial advisory role to the Adani Carmichael mega coal mine, but asked the bank to go one step further and publicly rule out investing in the project. So far, only NAB has made this commitment.