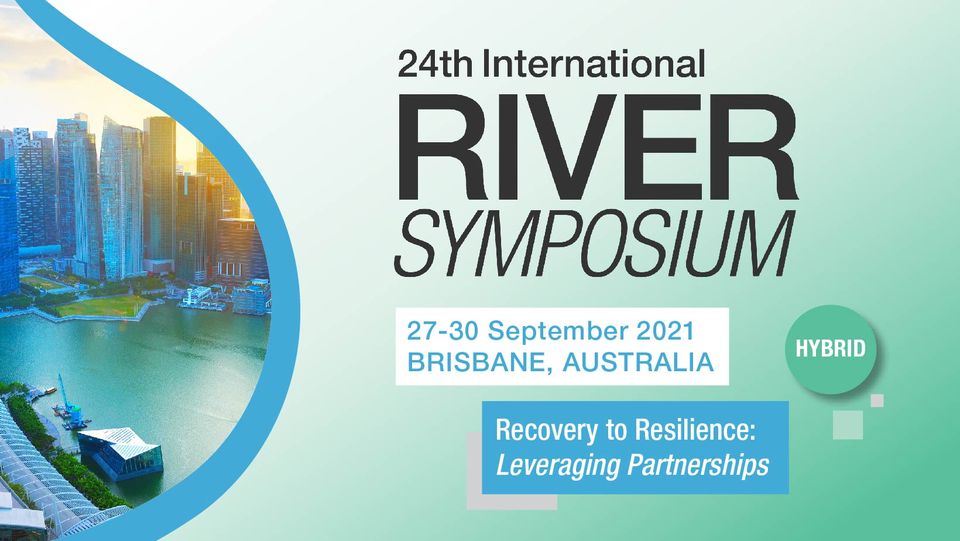 ATTENDING THE INTERNATIONAL RIVERS SYMPOSIUM ON BEHALF OF THE BURDEKIN

NQCC Committee Member and volunteer John Connell was invited to attend the 24th International Rivers Symposium, held in Brisbane in late September. This was an invaluable opportunity to introduce an international audience to some of the issues affecting the Burdekin River and to highlight NQCC's role in advocating for an integrated management approach.

I attended the IRS in Brisbane, as we thought that it would be a good chance to bring greater focus to the issues affecting Burdekin and at the same time highlight NQCC’s role in this work. By having these issues aired in an international forum, we hoped this transparency would create a sense within local authorities that the issues were both significant and now well known that they need to give them greater heed. This was reinforced by having meetings with several Qld Government Offices.

Of course, with Covid-19, the Symposium that normally is attended by 200-300 delegates from around the world, had to adapt by arranging it as a hybrid event: most presentations pre-recorded and with only 60-80 delegates present in person. On a personal basis, even traveling from TSV to BNE was a ‘risk’ in the case of a lock-down might be called. Indeed, cases were detected on the second day so that masks wearing became necessary. Lockdown was avoided, possibly helped that the NRL final was to be played on the Saturday following.

Having been focussed on the Burdekin it was worthwhile to be exposed to the work that other agencies are doing on improving the health of river systems. Many of the presentations told of quite substantial achievement.

You can read the full program here.

The Port Authority of Brisbane made two presentations which demonstrated proactive and constructive approaches to the environment of the port area (“A looming environmental disaster”, by Michael Lind, and, “End of the pipe environmental management at the mouth of a river”, by Craig Wilson), somewhat in contrast to the port authority in Townsville.

Internationally there were examples of community role in river management across countries such as Nepal and India (“Emerging women water leaders” by Suman Gupta of Oxfam), and river restoration from plastic pollution (“The tale of two rivers: Chicago and Pasig” by Haydee Jacklyn).

There are a series of films made by many organisations explaining their work (access them here) and a recording of NQCC's presentation: “Looking for win-win solutions on the Burdekin” is available here.

A final note on the side-meetings. These were arranged by Nigel Parratt who manages the Water portfolio in QCC. These were: Peter Spencer (advisor to Deputy premier); Ross McLeod (environmental advisor to the Premier); Georgina Davis (CEO of Queensland Farmers Federation); and Chris Norman (CEO of NRMs Queensland). In general, these served to bring the Burdekin issues into focus and make the work of NQCC known to them.