So, while the debate on climate change has reached a new level of acceptance, the fight to save our environment and planet is not over by a long chalk – and (while it is nice to dream) to have expected an immediate and loudly acclaimed shift by decision-makers would have been totally unrealistic.

One increasingly strong actor in the end of coal is the market. The pro-coal International Energy Agency has just reported that demand for coal dropped in 2014 for the first time ever. In China, energy production is increasing while coal consumption is falling.

So, heartened by the now common understanding of the problem and solutions, buoyed by the new impetus for renewable energy, encouraged by the market acceptance to the need to act, and energised by realising just how many people are with us, our task now is to ensure that our ‘representatives’ deliver.

NQCC, with your help, will be continuing that push!

A number of blog posts have been posted on the NQCC website to assist our community gain clarity on the importance and discussions going on in Paris at COP21.

An update from Paris after the first 48 hours

An update from Friends of the Earth 12 December

Over 600 people marched on a hot Saturday afternoon in Townsville to join over 2300 such groups in 150+ countries calling on global leaders to take strong and effective climate action. An amazing 130,000 people marched in around 50 cities and towns around Australia. Listen up politicians!

Santiago Calero, brilliantly captures the essence of the event in this beautiful Townsville Climate March You Tube clip.

Global momentum is building. The next step is for Australia and Australians to step up and do our share. You can bet your bottom dollar that NQCC will be in there doing its bit!

And the winner of the Placard Competition was Bianca Staker. Congratulations!

George and Penelope have been busy creating moving (in more ways than one) graphics to raise Australia’s ambitions around our COP21 commitments.

They are awesome. Check them out:

Heads in the Sand 2 – when it all starts to move…

Once again, the annual NQCC Trivia Night was a source of much amusement – and much-needed funds! See more here.

NQCC hit the national news very recently with revelations that Federal Minister for Environment Hunt was not made aware of an apparently planned tug harbour at Abbot Point in the Environmental Impact Statement presented to him by the State government. NQCC contends that not including all (including cumulative and consequential) aspects of the port expansion at Abbot Point means that Minister Hunt is in no position to make a properly informed decision as to whether or not it should go ahead.

The need to consider cumulative and consequential impacts of developments was a key component of the Reef 2050 Plan that was prepared by the State and Federal governments in response to the World Heritage Commissions concern about the management of the Great Barrier Reef – a concern that risked the Reef being placed on the World Heritage in Danger list.

NQCC Abbot Point campaigner Jeremy Tager told ABC TV News that Minister Hunt should put his decision about whether or not to approve the latest application for an Abbot Point expansion until such time as he has an EIS that is complete and includes all aspects of the planned development. Environmental Defenders Office has written to Minister Hunt on behalf of NQCC asking him to address the issue.

Read coverage from The Guardian here, the Courier Mail here and The Australian here.

North Queensland Conservation Council made this submission to the Great Barrier Reef Marine Park Authority in relation to the Queensland Department of Agriculture and Fisheries application to continue operating its shark control program.

Despite a very strong community petition, it is sad to see and hear that old growth trees adjacent the Mundy Creek conservation area have been cut down to make way for Ellis Development’s Haven housing development. For imagery of the trees being removed, see Mundy Creek Natureway Regeneration Area’s photos. 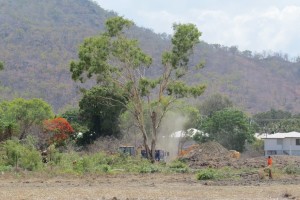 We do hope that the developer goes well beyond what is generally required and ensures that quality habitat is incorporated into the development outcome to minimise the biodiversity values lost through the removal of these mature trees.

Movie – This Changes Everything 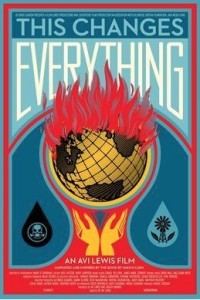 The movie, inspired by Naomi Klein’s book, puts the case that our addiction to capitalism is the real reason we’ve been so slow to act on climate change. Following three recent screenings in Townsville, around 270 locals have now seen this film. If you missed out, the book is really where the gold is, but to watch the movie it is possible to download it from iTunes and probably other sites.

Christmas is coming…and the World Vision Pop-Up shop is already here. Consider them for any gifts you may need to purchase.

Over the past few months, North Queensland Conservation Council has been moving our database and website to the Nationbuilder software platform. The goal is to be able to communicate more effectively across multiple digital platforms including social media. It has meant new functionalities for memberships, donations, e-newsletters, event ticketing and more.

It gives us the ability to more effectively engage with you, our existing members, and attract new members. It is our hope that ultimately it will help us to work together and, collectively, achieve better outcomes for North Queenslanders and our environment.

Finally, as our year nears its end, thank you to YOU, our growing community, for your support for NQCC and for the actions YOU have taken to protect our environment during 2015.

Enjoy your holidays, look after yourselves and the environment and best wishes for a Happy New Year!

We are taking a break too. The office will reopen in mid-late January 2016.

Wendy, Sandy and the team at NQCC