Thank you to the 40 or so members who have either renewed their membership or applied for NQCC membership. All annual memberships expire on 5 June, regardless of when in the past year you became an NQCC member. You have from 5 May to 5 June to renew, with a 3 month grace period before your membership officially lapses. Our organisation is built upon the strength of community and membership reflects that. Please consider becoming a NQCC member to formally support our work. Click here to renew or become a member. 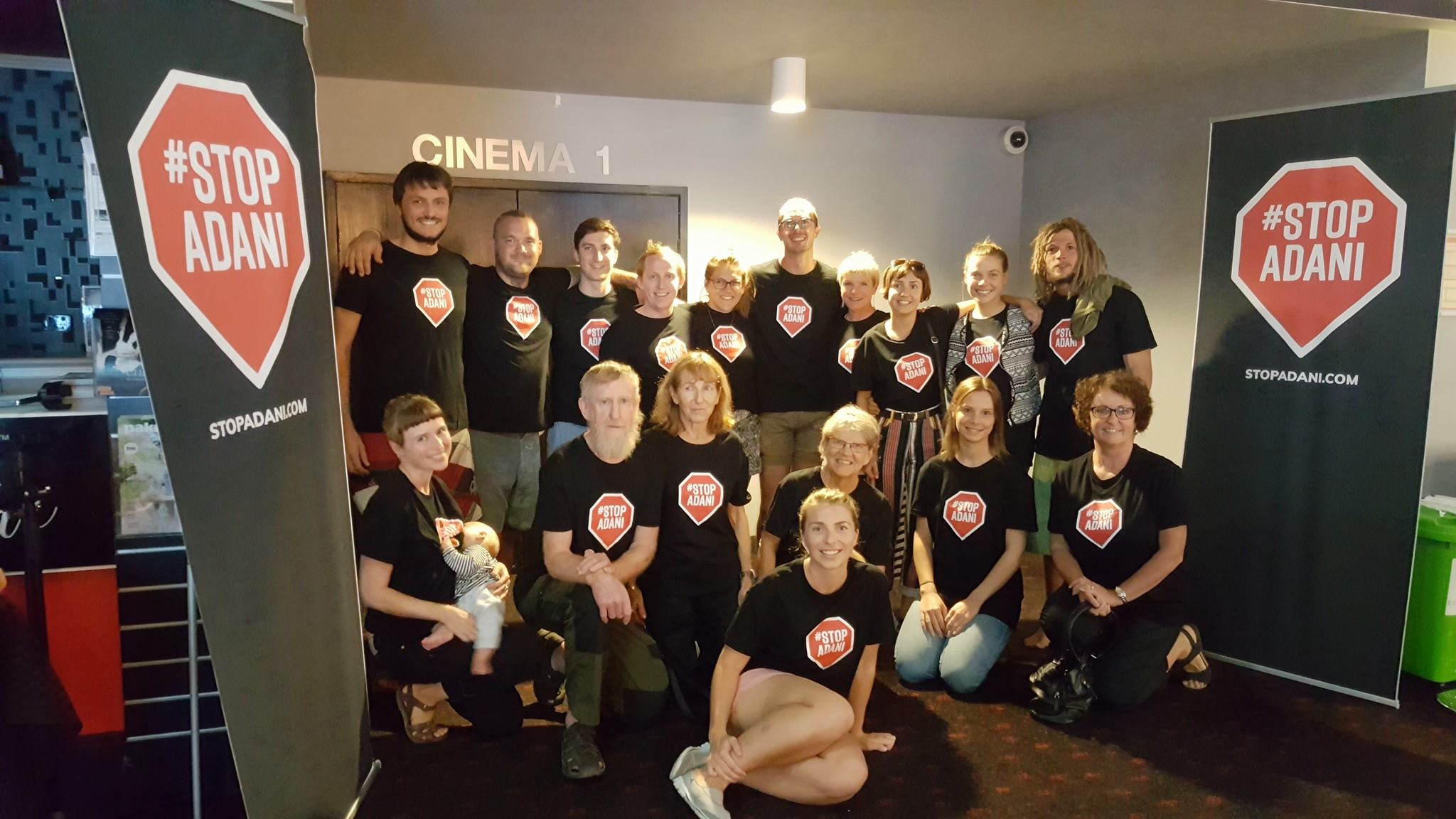 On Thursday 27 April, the Stop Adani Roadshow returned after initially being cancelled by Cyclone Debbie. A big THANK YOU to the team of about 20 volunteers who sold shirts, checked tickets, welcomed our guests and ushered the crowd.

The evening at Event Cinemas included a special screening of the doco “Guarding the Galilee”, which tells the story of the Adani campaign so far through regional Queenslander’s voices. You can hold your own community or DIY home screening too – click here for more info about how to do that.

There was also a panel of speakers and Q&A session about where the campaign is headed to next – featuring NQCC’s Maree, Dr Lindsay Simpson who recently visited India coinciding with the Premier’s visit, and Nicole Hutton who is from SEED – Indigenous Youth Climate Network. Together we are going to build the movement, shift the politics and stop the money…

The day after the roadshow, we were happy to hear the news contained within Westpac’s updated climate change policy. Westpac has decided to not invest in new thermal coal projects that are less than 6000 kcal energy content, and not already within existing coal basins. This effectively rules out funding to Adani because the poor quality of the coal doesn’t meet 6000 kcal and the Galilee Basin isn’t opened (and with our hard work it will stay that way!). Read more about Westpac’s decision here.

Following the great news that Westpac won’t fund the Adani Carmichael coal mine, attention has now turned to Commonwealth Bank, with the question being asked: will CommBank be the last Australian bank standing on Adani? CommBank has a history of supporting Adani, has no policy exclusions on fossil fuels, and their fossil fuel lending outpaced all of the other major banks. Commonwealth Bank’s ongoing relationship with Adani and their continued appetite for fossil fuels makes them a prime contender to finance the proposed Carmichael coal mine, or associated infrastructure that would unlock one of the world’s largest untapped coal basins.

No NAIF money for Adani either!

The Federal Government still wants to give Adani $1bn to kickstart this dud project. We’ve stopped some of the money, but now it’s time to stop all of it. We can’t let Turnbull provide Adani with a $1 billion loan of the public’s money – especially since 75% of Australians believe there are better ways to spend our cash, such as by investing in clean, safe renewable energy!

This May, we’re turning up the heat on our MPs, by swarming their offices, phone lines, and online, until they drop Adani. You can sign up to join an action today! 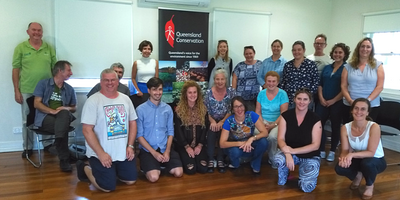 Maree and Gail were in Brisbane in mid-April to meet with the other regional conservation councils as well as the Environment Minister and senior departmental bureaucrats. As usual, it was of great benefit to skills-share between organisations and we thank Queensland Conservation Council for their facilitation and hosting. The day with the Minister was also very good, as we were updated the Minister with our campaigns. NQCC used their platform to promote Cassowary Keystone Conservation‘s campaign to better protect cassowaries from roaming domestic dogs. After hearing about the campaign development to date, the Minister arranged to meet with Ingrid Marker in Cairns the following week.

There are now over 150 local action groups in communities all across Australia. Please sign up here to join one of our local groups, and be sure to like the Facebook pages for JCU action group, Magnetic Island action group, and Townsville action group.Thanks to Heather Laurie and Wendy Tubman for stepping up to coordinate two of the groups. The JCU group is still needing a leader – please email Tyler to express your interest at [email protected]

12 May – The Food We Eat: Its impact on environments & bodies.
A public discussion about the impacts our food choices have on our selves and our ecosystems. Finger food provided.
Where: JCU, Sir George Kneipp theatre
When: 5:30-7:30pm
Cost: Free

15-17 May – Pint of Science Townsville
Pint of Science delivers interesting talks on the latest science research in an accessible format to the public – all in the pub!
Where: Heritage Exchange and Grill’d on Palmer Street
When: each evening on 15, 16 and 17th May
Cost: $5 tickets. Some events already sold out. Click here for tickets.

16 June – Songwriting Challege – Protest Song
A GREAT opportunity for the creative types amougst us to write their next Stop Adani jingle!
Where: The Loona Lounge at Commonwealth Hotel, South Townsville
When: 6:30-10pm
Cost: Free