The start of this month (and the beginning of Spring) has seen an early start to the bushfire season around the nation. We've been warned about hotter, drier conditions and longer bushfire seasons by the IPCC for some years now, but this month has really started driving the point home. Our climate is changing around us, and while its impacts on human civilisation feature in stories of the mainstream media, its impacts on habitats, ecosystems and vulnerable species are considered far less noteworthy. This is something that we hope to bring attention to in our continued fight for immediate action to address the climate crisis.

In the face of this worldwide environmental destruction, the movement for climate action is growing, as seen in the form of thousands of concerned citizens following Greta Thunberg's example and taking to the streets as part of the Global Climate Strike on Friday the 20th. Townsville's event drew a crowd of around 700, and featured inspiring speeches, enthusiastic chants and delightfully creative placards. This blog post by NQCC member Malcolm Tattersall cleverly captures the range of organisations supporting the Townsville Strike, providing links to each one to help you get involved. 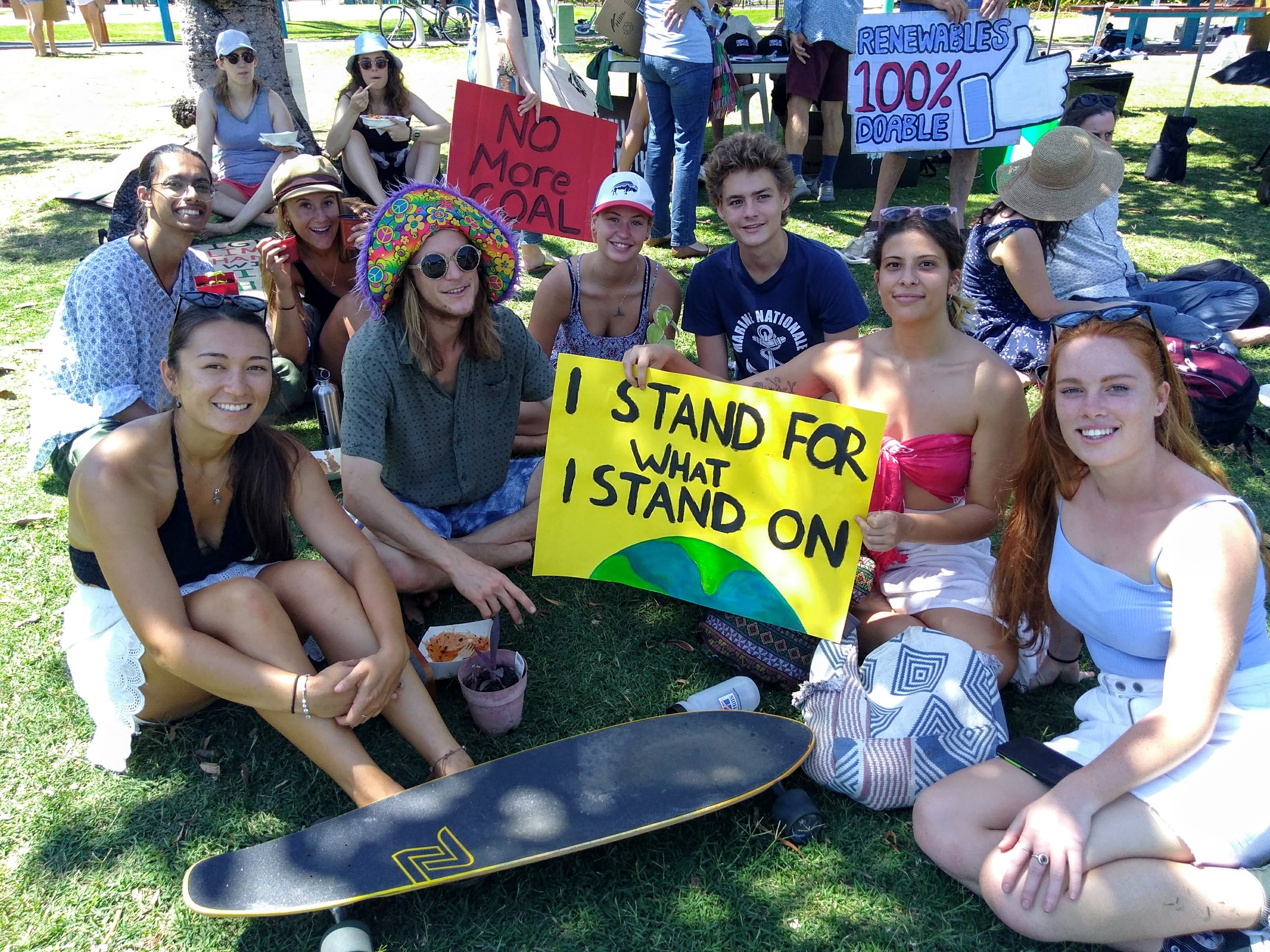 Strikers with their messages at Townsville's Climate Strike. 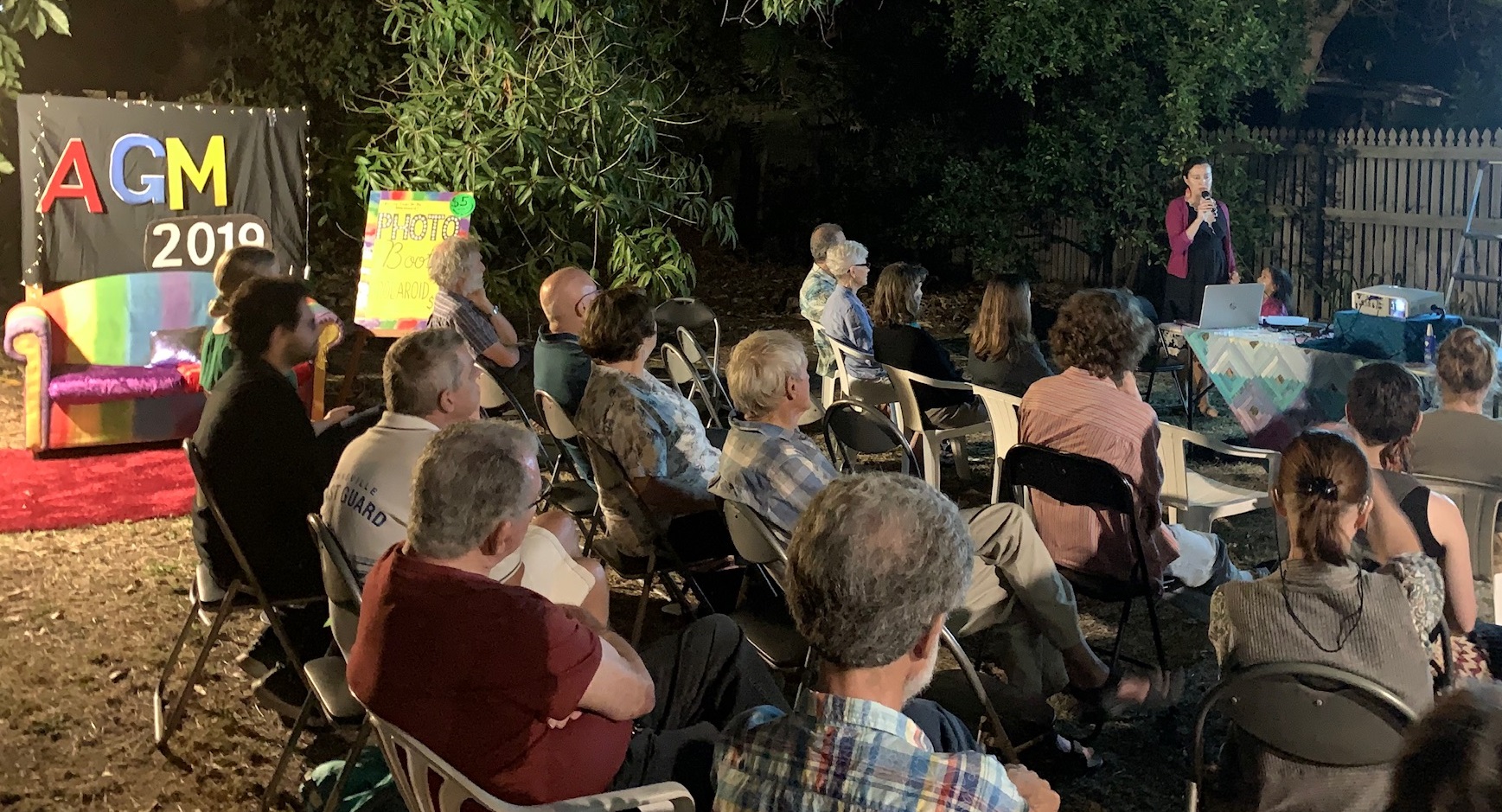 More than 25 people attended our Annual General Meeting held on 18 September. At our AGM we presented Honorary Life Membership to reef champion Dr Charlie Veron, heard reports of NQCC activities over the past year  and elected our Management Committee for the next 12 months. We welcome David Kault and John Connell to our Committee and are excited about the experience and skills they bring to the organisation. To learn more about our committee members, visit our website.

We would also like to thank Priscilla (Csilla) Peto and Rebecca Ryan for their contributions to the Committee over the past twelve months.

To read more about the evening's proceedings, see our blog post. We also invite you to view our (rather stylish) Annual Report, which showcases some of the highlights and main achievements from 2018-2019.

Occasionally, all 93 of our Qld Members of Parliament head out of Brisbane to hold their Parliamentary Sittings in other localities - earlier this month it was Townsville's turn! NQCC took full advantage of this opportunity, meeting with Tourism Minister Kate Jones, Deputy Premier/Treasurer Jackie Trad, Environment Minister Leeanne Enoch and Small Business Minister Shannon Fentiman, and not to forget an impromptu meeting with State Development Minister Cameron Dick.

The issues we raised in these meetings were private leases on National Parks (i.e. Hinchinbrook Island), the lack of protection for Mahogany Glider habitat, climate change impacts on flying fox species, reef regulations, transitioning to a low-carbon economy and the North Qld Regional Plan. These represent the the breadth of issues that NQCC deals with month to month! On the last day of the regional Parliament, we held a demonstration against the privatisation of Hinchinbrook Island NP - a massive thanks to our wonderful supporters and members for attending this, especially those who made a special trip to Townsville in support of protecting our National Parks!

NQCC supporters demonstrate against the privatisation of our National Parks outside Regional Parliament in Townsville this month.

In late August, Cardwell residents banded together to oppose the proposed destruction of a 150 year-old Calophyllum tree, located adjacent to the Sheridan Street boat ramp.

It has now been revealed that the tree is to be heavily pruned to a height of just 1.5m this Wednesday morning (2nd October). Concerned that this level of pruning will threaten the tree's chances of survival, residents (and NQCC members) Carolyn and John Mewing are inviting those who can attend and protest the destruction to do so from 8am on Wednesday. Read the ABC News article from August here. 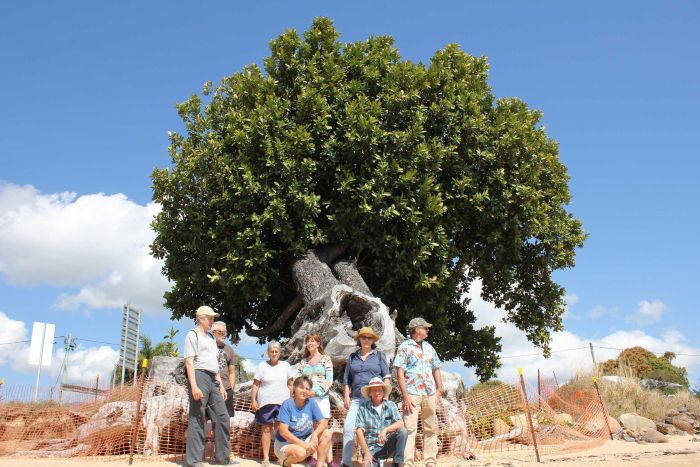 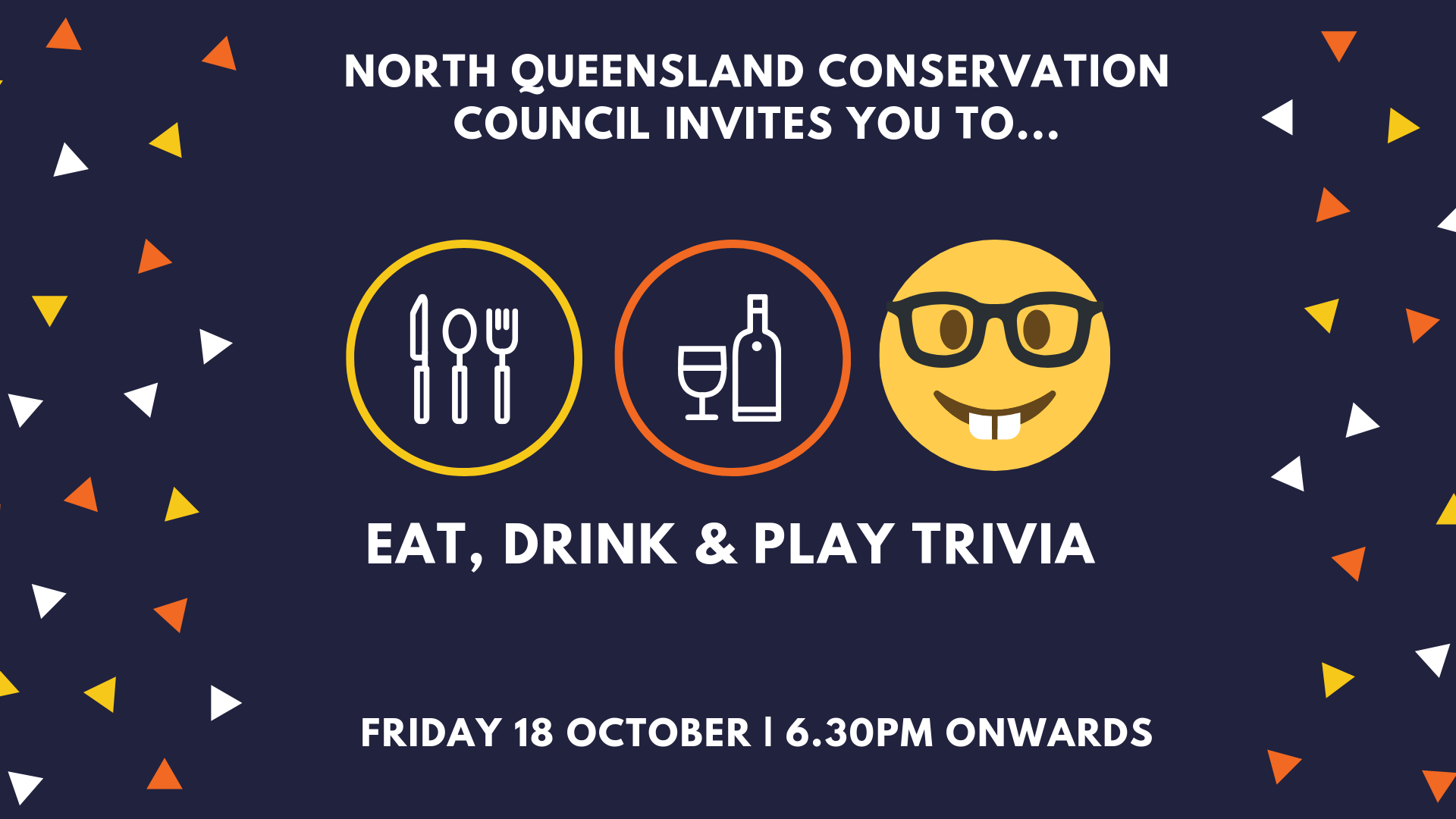 It's the event everyone's been waiting for! Email Crystal at [email protected] to register a complete team of eight or an incomplete team (or as an individual) and we will find some friends for you to join. No one need miss out on this super fun event!

Ticket prices are as follows:

This is our biggest annual fundraising event, and we appreciate your support!

While you're choosing how many Trivia tickets to purchase, why not check out our amazing Fundraising Raffle? Drawn on Trivia Night, this is a draw you won't want to miss! Our four great prizes have been generously donated by reputable and well-loved businesses that are worth getting to know! 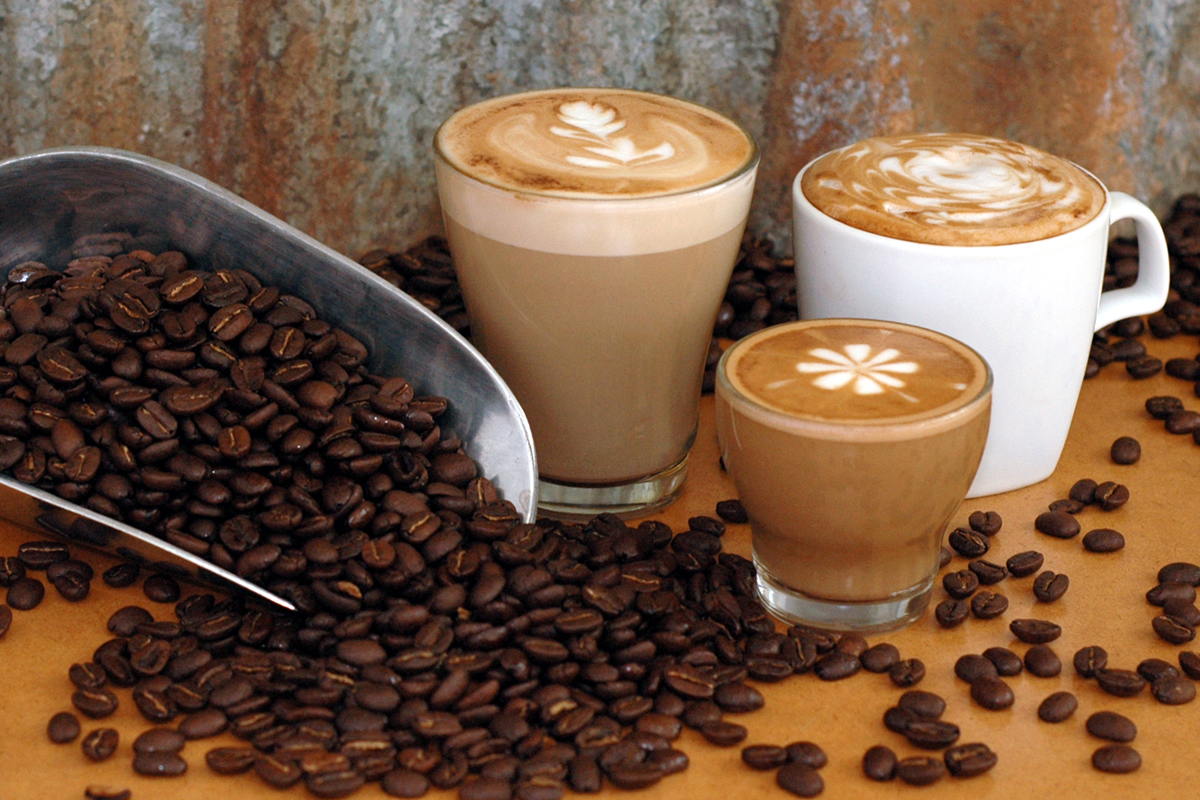 Treat the whole family to a delightful experience including coffees, teas, chocolates, liqueurs (adults only) and more! 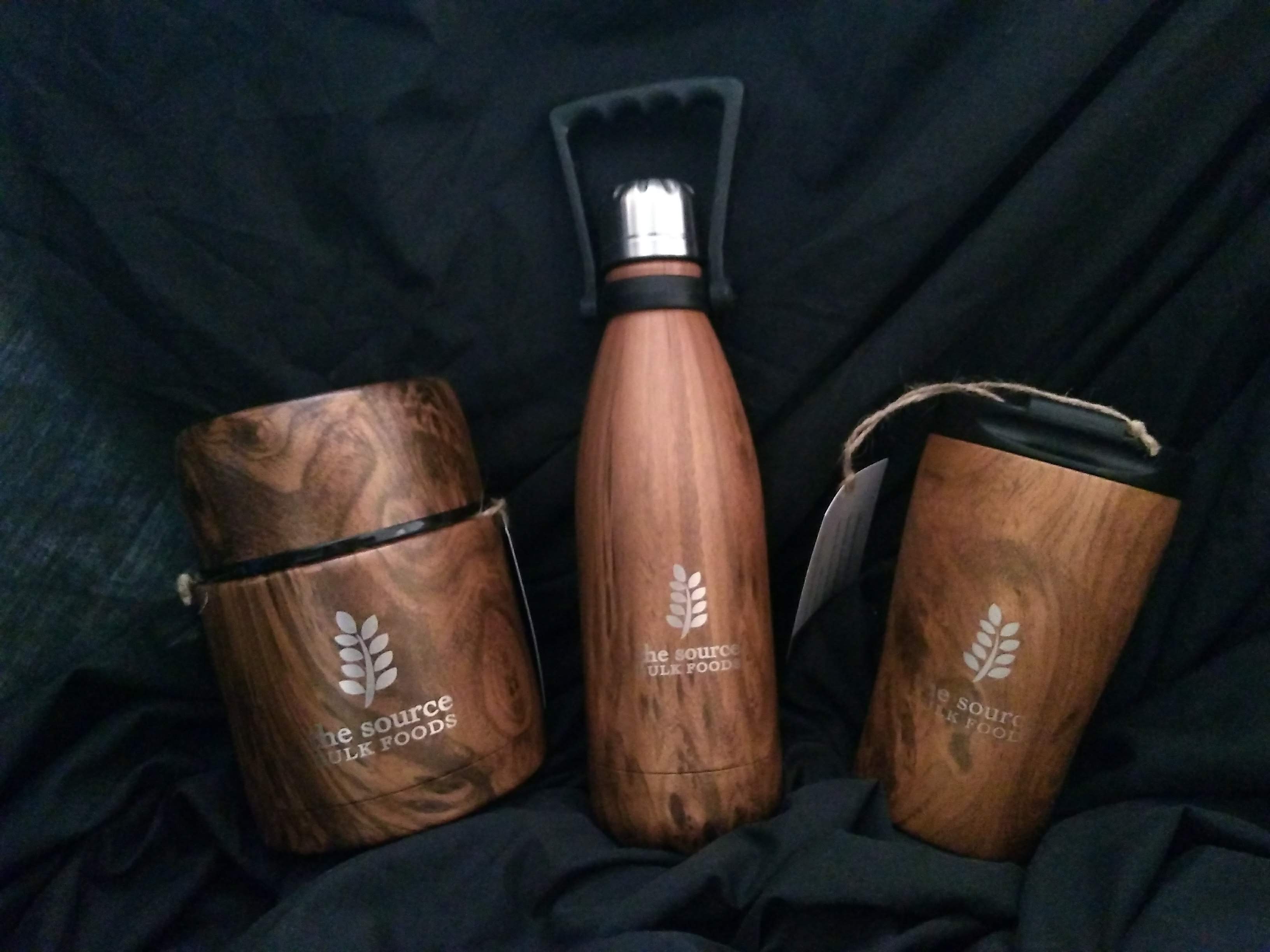 Visit our favourite independent bookshop and try not to be overwhelmed by your choices. 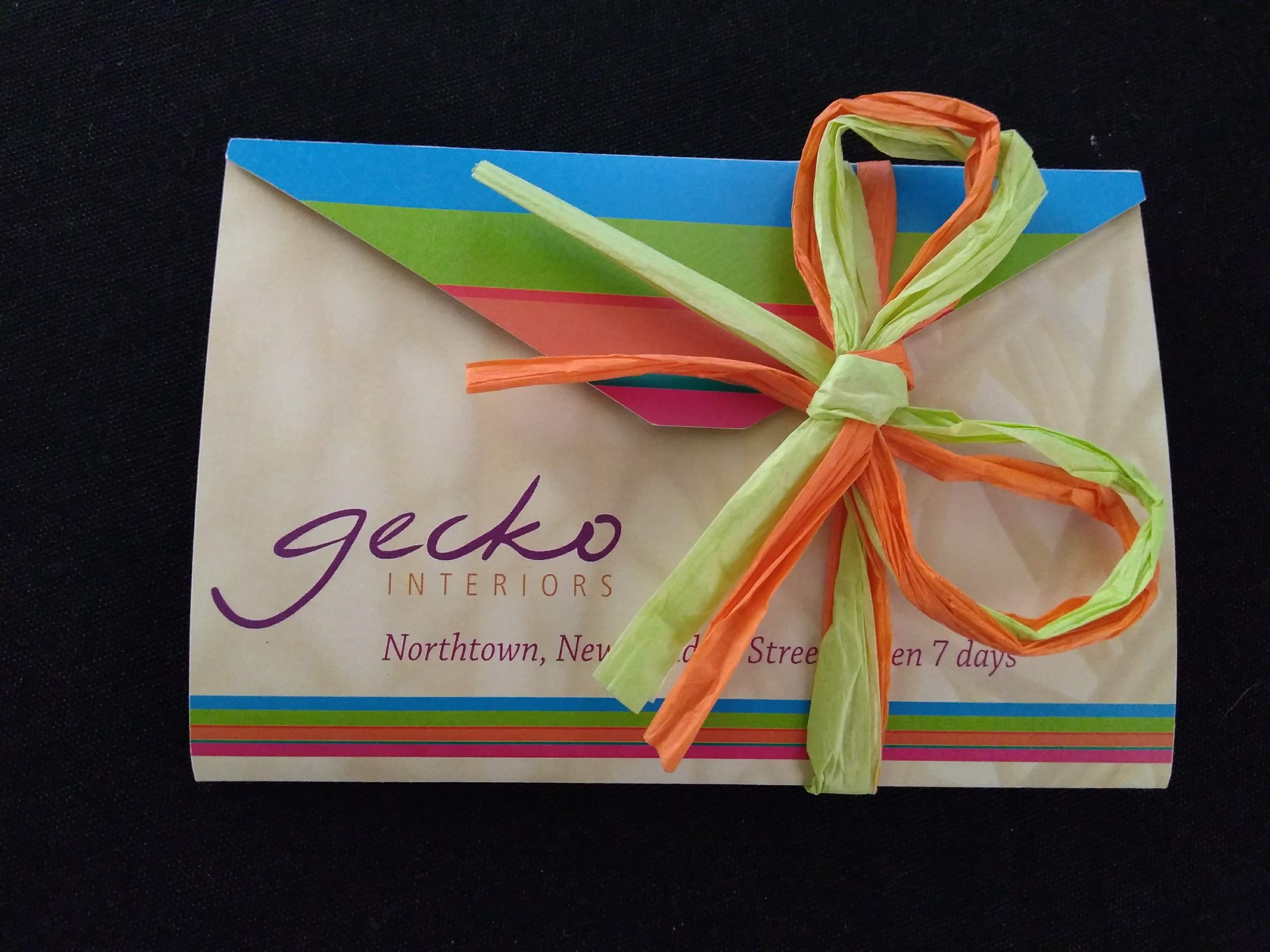 Drop in to this colourful shop on Flinders St and be delighted by their range of homewares and more.

Raffle ticket prices are as follows:

Member of the Month

Dr. Charlie Veron (a.k.a the Godfather of Coral)

Charlie’s interest in the natural world began at an early age. Charlie’s given name at birth was John – but at age six an early teacher of Charlie saw his interest in nature and nicknamed him Charles Darwin. From that time on he was Charlie to everyone.

His career as a coral reef researcher began in the early 1970s at James Cook University, and in 1974 he was the first scientist employed at the newly created Australian Institute of Marine Science (AIMS). In the next eight years Charlie and his colleagues revolutionised the taxonomy of corals as they developed a taxonomic framework of corals that is now used throughout the world.

There are so many achievements in Charlie's career - he has named more coral species than any other scientist, earning him the title the “godfather of coral”; he visited coral reefs around the world and discovered and delineated the coral triangle, and founded the Orpheus Island Study Centre.

In his career spanning more than 50 years Charlie has received many awards in recognition of his work. These include the Scientific Diving Lifetime Achievement Award (American Academy of Underwater Sciences) and the Darwin Medal (International Society for Reef Studies). He is also the author of many books and publications on the Reef, the latest being “A Life Underwater”.

In recent years Charlie has become a prophet warning on the danger the reef now faces. He has been vocal in reporting on the coral bleaching that now threatens to destroy the reef. His message to the world is simple – action now is required on climate change or coral reefs will be lost forever.

Author Tim Winton recently had this to say about Charlie: 'Charlie Veron isn't just a coral scientist, he's a pathfinder, a scout who's been sending back dispatches on the future of our planet for decades. If ever there was a moment for Australians to listen up and act on what he's learnt, it's now.'

NQCC welcomes Dr Charlie Veron as an Honorary Life Member, in recognition of a lifetime of service and dedication to the Great Barrier Reef, and his role as an advocate for action on climate change. 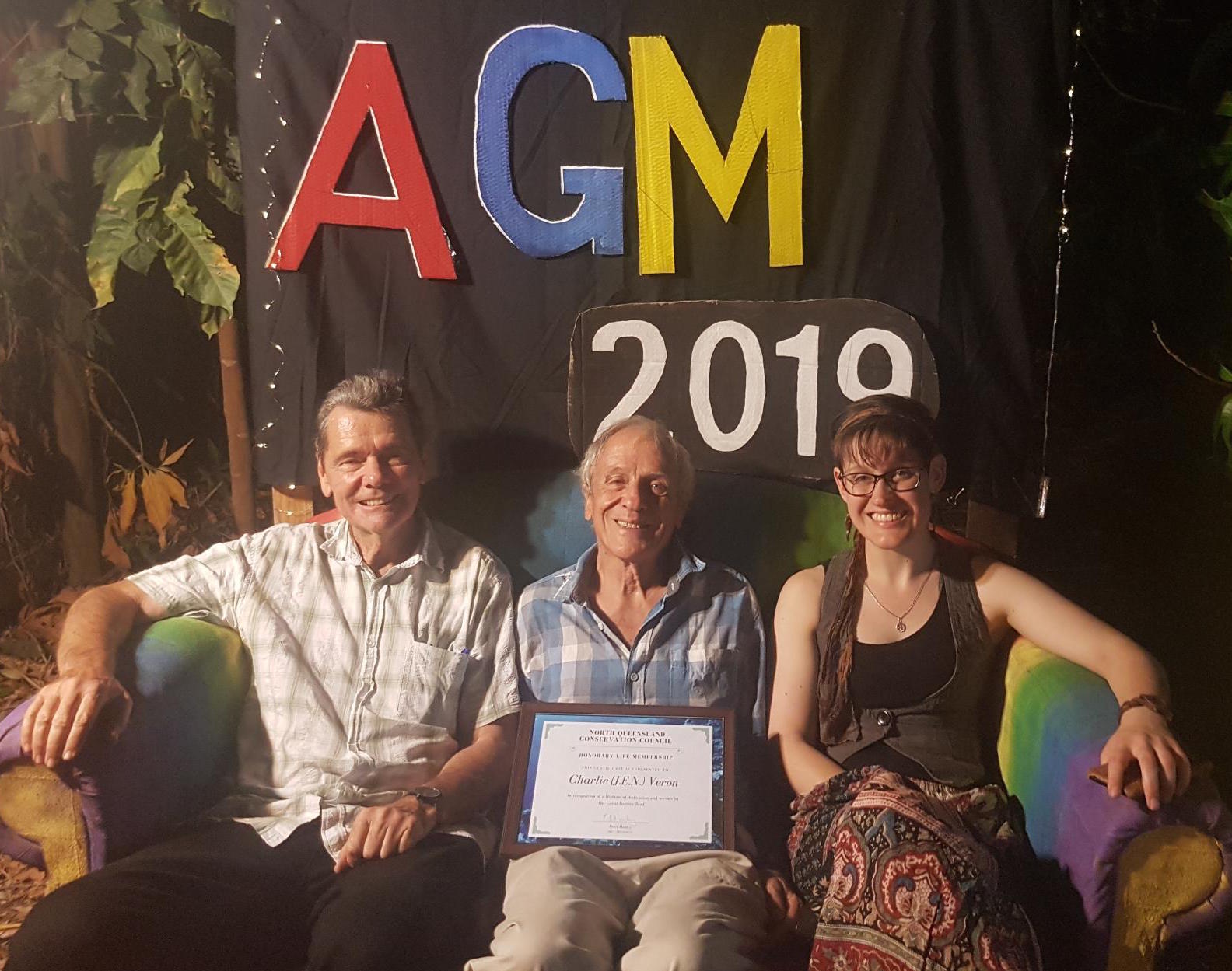 Targeted at teachers and students, this FREE summit proposes to:

Run by and for young people, Climate Justice Bootcamp is a weekend of training, skill-sharing and networking that’s open to any young person. This isn’t a conference or a talkfest - it’s a launchpad for real action and hard-hitting campaigns to solve the climate crisis.

Over two days, you’ll hear from seasoned activists who know how to win campaigns for social change, and meet other people from North QLD who care as much as you do about creating a better, fairer future.

We can help! $50 buys you a box of 48 extra long, 100% recycled rolls. Support this excellent product and at the same time you are helping NQCC's fundraising efforts! Email [email protected] to arrange payment and pick-up or delivery. 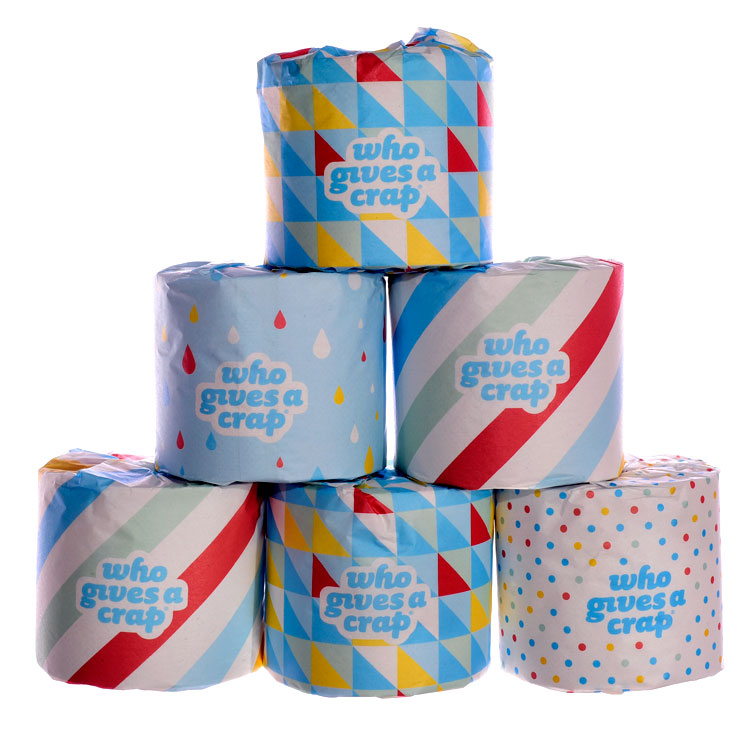