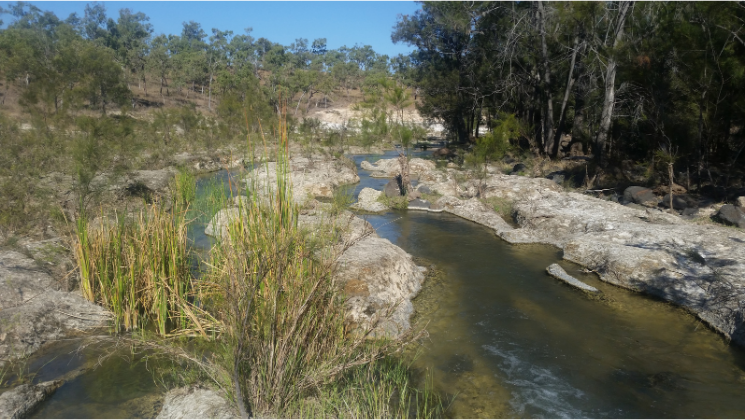 The following letter by John Connell was published in the Townsville Bulletin on 1 May 2021.

In the last week several Federal politicians, McCormack and Littleproud passed through Townsville and talked up building more dams in the north. They criticised the Queensland Government for being slow to spend big dollars on building new dams, a mouth-watering $6B for Hells Gates Dam.

These are intelligent men, and so they should take the time to do the maths. The water really isn't there. In the TEL (Townsville Enterprise Ltd.) proposal, Hells Gates Dam would provide up to 580,000 ML from the Upper Burdekin catchment to irrigate 50,000 ha. TEL's Feasibility Study of 2018 showed that while the mean flows are 1,160,000 ML per year, the flows in most years will be closer to half that. Extracting half or more of the mainstream flows is not acceptable for the health of the river. We only need to look at the Murray-Darling.

There is a similar lack of attention to reality by Bowen Collinsville Enterprise in its proposal for the Urannah Dam. They propose extracting 150,000 ML of water for agriculture and coal mining. The BCE Preliminary Business Case (2018) reports that the mean flow in the Broken River is 380,000 ML. Extracting almost half this flow is already unacceptable. But again for about half the years, the flows will be 200,000 ML or less. In other words they would plan to run the river dry.

On top of this, we need to take into account reduced surface water flows due to Climate Change. The Productivity Commission in its recent draft National Water Reform, reported surface water flows in Queensland would reduce by 15% (2050). This is not so bad! The predictions for Victoria are a reduction of 19% and for Southern WA a very worrying 54%. As a result, the Productivity Commission called for greater emphasis in Australia for development of initiatives for efficient water use.

In the case of the Burdekin, there are major issues with the rising water table in the Lower Burdekin. This will threaten the existing agriculture if changes are not made to irrigation strategies. Thus what we should be doing is looking for initiatives that will reduce irrigation flows. This will address the water table issue, reduce farmers' costs and result in reduced nutrient flows on to the Great barrier reef. A win for all and at a fraction of the price.