Swimming For Our Rivers 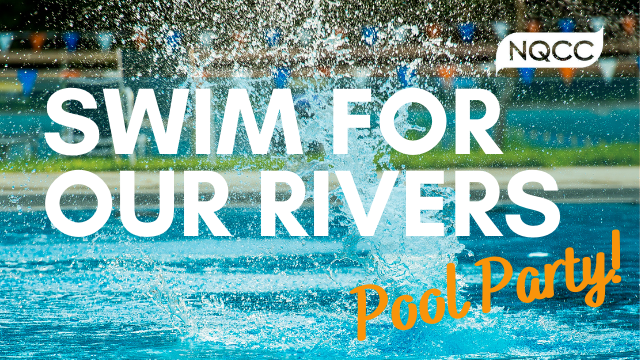 Throughout February and March, eight courageous teams have been fundraising for our campaign to protect North Queensland's river systems. Our Swim for Our Rivers fundraiser (inspired and supported by Mackay Conservation Group), cumulated in a Pool Party at Kokoda Memorial Pool on Saturday 20 March, where our fundraising teams were challenged and rewarded for their fundraising efforts!

This was our first event of its kind, and to say we had a blast would be an understatement! Held at the lovely, local Kokoda Memorial Pool, the afternoon kicked off with each team competing in their own chosen challenges, while the rest of us cheered them on. To give you an idea of their creativity, we've shared some team challenges below...

Simon Foale, John Connell and JP committed to swimming the entire length of the Burdekin River in the 25m pool (on a scale of 1000:1, of course!). They took turns swimming various legs of the 886km (metres), signalling the proposed sites of Hells Gates Dam and Big Rocks Weir, along with Burdekin Falls Dam and Alva Beach with a shrill whistle. Poor Simon had to fight off the crocs during the final leg out to sea!

You can see short videos of their undertaking here and here!

Dave Dudley, Diana Condylas, Tiffany Bond and Sophie challenged themselves to construct small watercrafts from reclaimed rubbish and sail them down the pool using anything but their hands. It was certainly an entertaining challenge to watch (click here)!

Linda Davis, Paul Wood, Peter Hanley and Sarah Lythgoe competed nobly in the challenges and also provided us with some half-time entertainment in the form of their Russian Folk Dance - aquatic style. Watch it here! 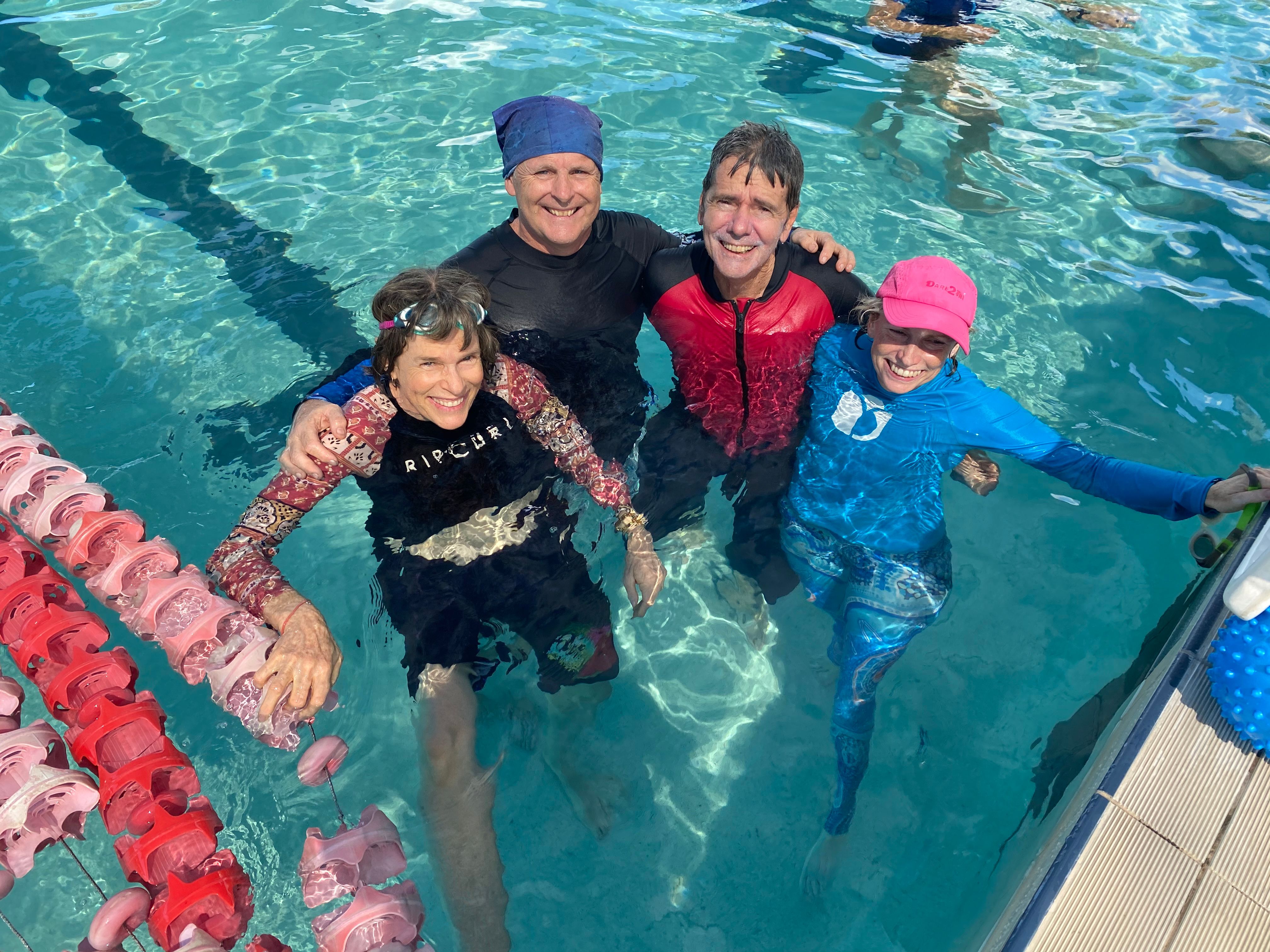 Cam Leitch, Sandra Smith, Jenny Brown and Ian Frazer didn't settle for challenging themselves - they concocted a challenge for all the teams to join! The "Up the Creek" Relay was a hit event, featuring challenging components such as riding atop a crocodile or whale. Much laughter ensued and the winning team overall was awarded chocolate medallions, supplied by the Creek Crew, who performed a non-victory dance, chanting "We came, we swam, we squandered!". 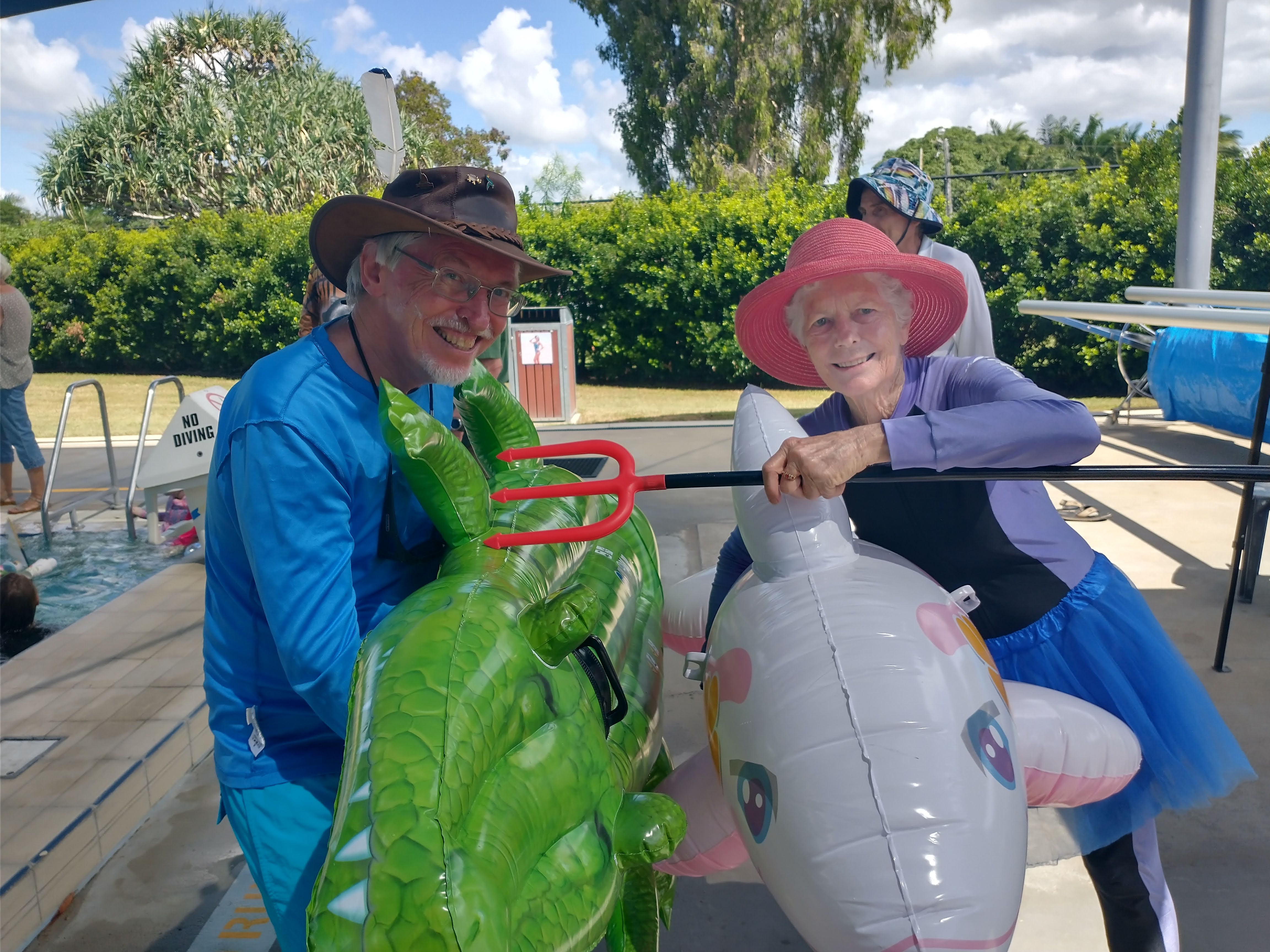 Comprised of Tom O'Grady (JCU Greens), Matthew Garbutt (Sink or Swimmers) and two ring ins (Emily Kain and Chris Pam), this team surprised us all with their impressive performances throughout the games! They were even victorious in the "Up the Creek" Relay, despite having had much less practise than the Creek Crew who devised the challenge! 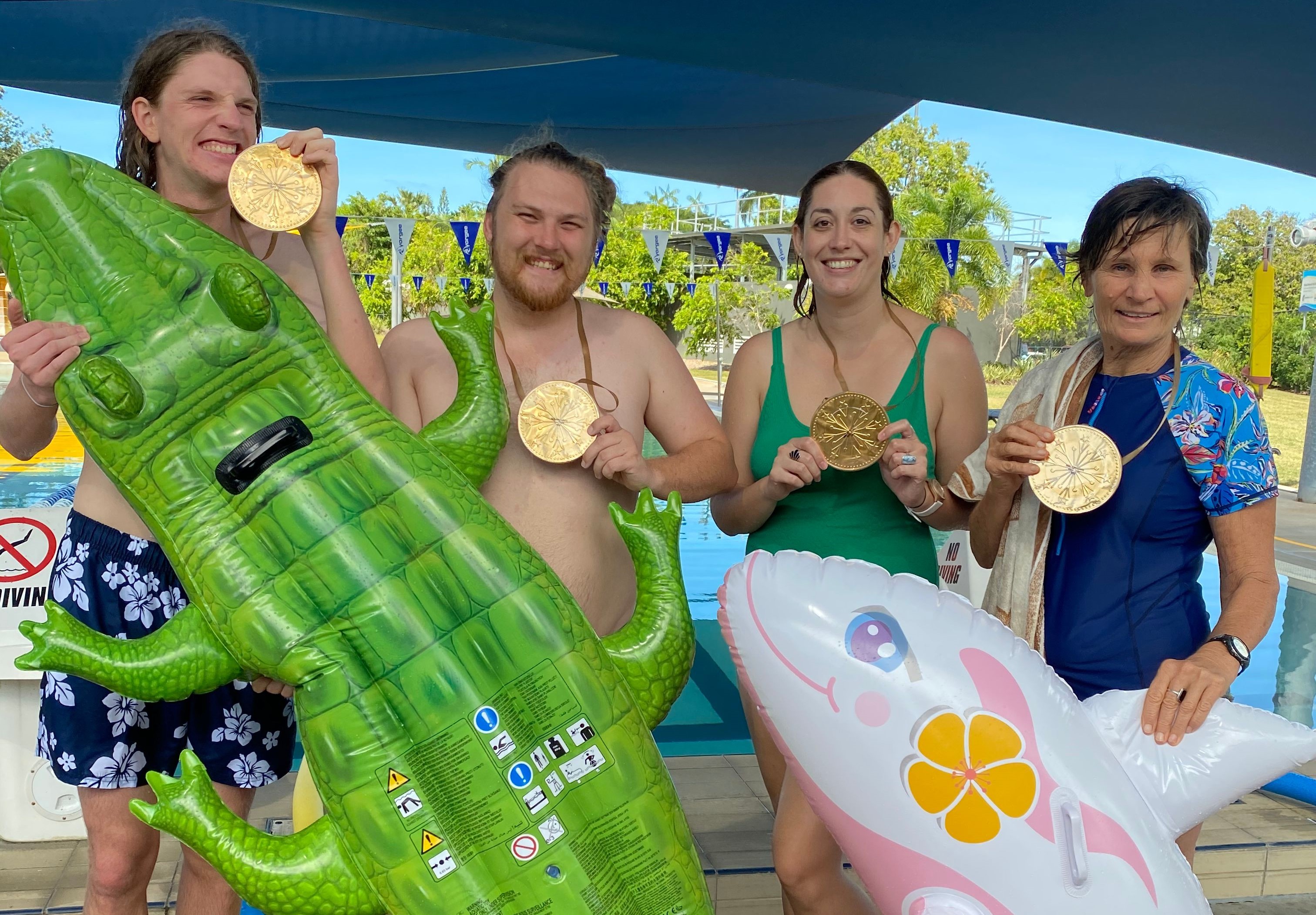 While our competitors and spectators had been having a blast all afternoon, the party stepped up a notch with the arrival of the fashionable and feisty Mental Sistas. The Sistas were dressed to impress, but they insisted that the rest of us would provide them with some entertainment. The game they brought with them was in typical Sista style. "Store cards" were thrown into the pool, to be fished out by each team's dedicated "wet fat cat". The store cards could then be used to purchase clothing and accessories from the makeshift poolside fashion store. Each team's stylist was then responsible for dressing and accessorising their own supermodel, who then had to (of course) take to the poolside catwalk.

Hilarity of course ensued as inner fashionistas were allowed to shine. Even some of the spectators joined in! We appreciate the Mental Sistas making the overseas journey to rock this event.

At the end of the day we were chuffed (pun intended) to award prizes to our top fundraisers, thanks to our generous sponsors, Wild Rice Laos & Thai Cuisine, Gecko Interiors and Mary Who Bookshop. Thanks to everyone's fundraising efforts, we have raised over $6,000 to help protect our rivers!

We are also grateful to Mackay Conservation Group, who we have worked closely with on this campaign and who provided the inspiration and support to run this fundraiser.

Thank you to everyone who fundraised, donated, participated and volunteered! A special thanks to Madilyn Park and Malcolm Tattersall for their photos from the day.

May our Rivers run for generations to come!