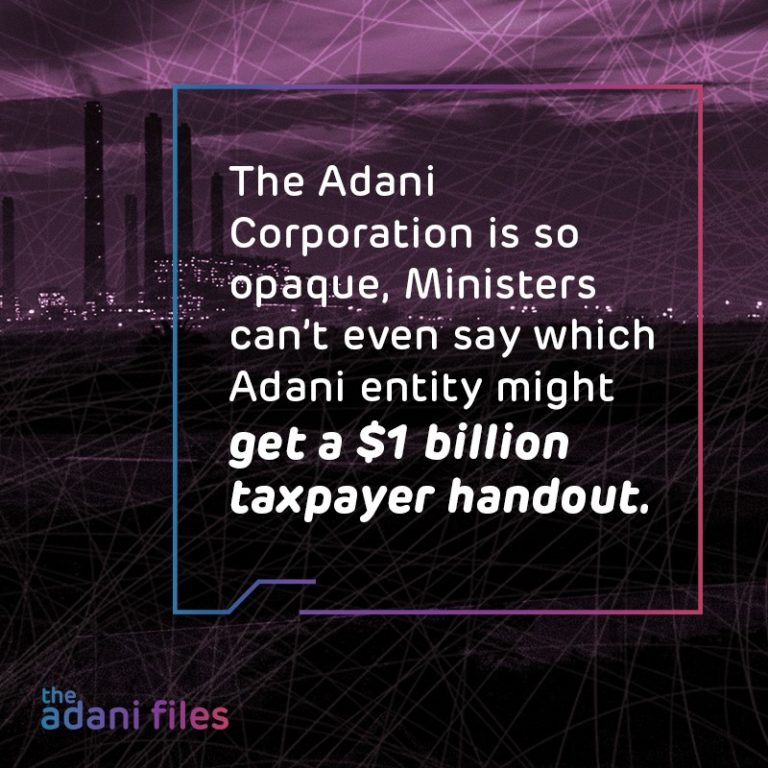 “The likelihood of taxpayers’ dollars disappearing into one of these entities comes on top of a long list of environmental disasters and corruption allegations against Adani and it’s alarming to think of what could now happen to $1 billion in public money if the NAIF board approves this loan” said NQCC Coordinator Maree Dibella.

NQCC says that the Adani Group has a disastrous track record and can’t be trusted to operate responsibly in our region. This comment comes as an investigation by Environmental Justice Australia about Adani’s business practices is released today. See short overview here. See full report here. See website here.

“What was uncovered in this investigation is a terrible history of environmental destruction, illegal dealings, bribery and allegations of corruption, fraud and money laundering” said Ms Dibella.

“We are alarmed and appalled by a massive spill of oil and 60,000 metric tons of coal when a ship sank off the coast of Mumbai – and Adani didn’t clean it up for five years. The spill polluted beaches and seriously affected tourism. We don’t want our Great Barrier Reef being subjected to similar threats” said Ms Dibella.

“The Adani Brief goes further than detailing environmental disasters, it also identifies suspicious business dealings that shows it can’t be trusted to operate responsibly in Australia. Adani are alleged tax evaders with an opaque corporate structure. In 2014-15 Adani paid no tax on $350 million revenue in Australia. If Abbot Point is ultimately owned via Cayman Island entities, it could allow Adani to squirrel away any potential profits into tax havens.

“This is an unacceptable risk to lump on to Australian taxpayers. Governments and potential funders should not back a company with this terrible history.