Save Our National Parks 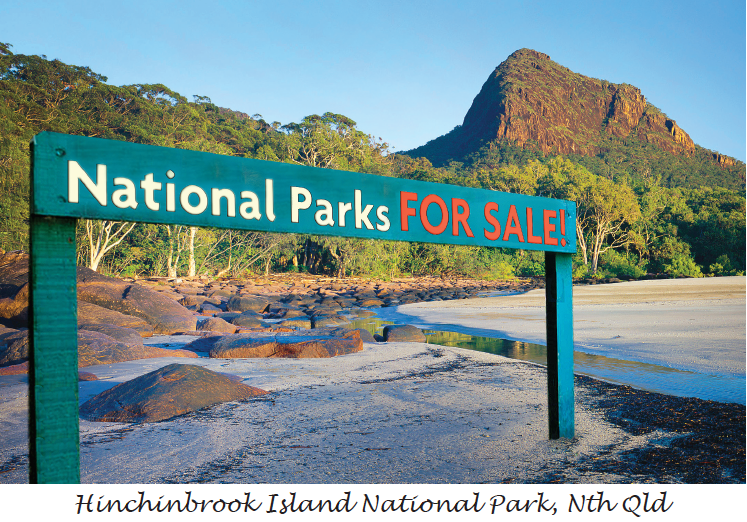 Our National Parks NEED YOU!

Queensland’s National Parks are rare and tranquil landscapes where biodiversity and natural processes can flourish, virtually untouched by commercial development.

By ensuring privately owned accommodation and facilities are situated OUTSIDE National Park boundaries, the Queensland Government can support regional employment opportunities AND restore the appropriate level of protection for Queensland's National Parks.

The Government is prepared to provide the successful proponent with state-owned land within these National Parks for accommodation, including exclusive ground leases for a term of up to 60 years, assistance during the approval process, a “one-government” approach to comply with other government requirements and a contribution of up to $5 million for eco-accommodation built along the Whitsunday Island Trail.

The Queensland Conservation movement is opposed to the current trend of opening up National Parks to commercial interests. This includes (but is not limited to) the EOI process. The Government is attempting a complete change of their business model and hope that the public won't realise the impact on the natural values of our state's most fragile places. When in opposition, both the ALP and the LNP have taken the position that leasing public land is as good as selling it off because Government control is lost over those properties.

We know how much Australians value National Parks, so we are ensuring that public awareness is high, while putting pressure on the relevant politicians to acknowledge the conservation value of national parks above commercial interests. To secure a safe future for our National Parks, tourism development needs to stay outside their boundaries.